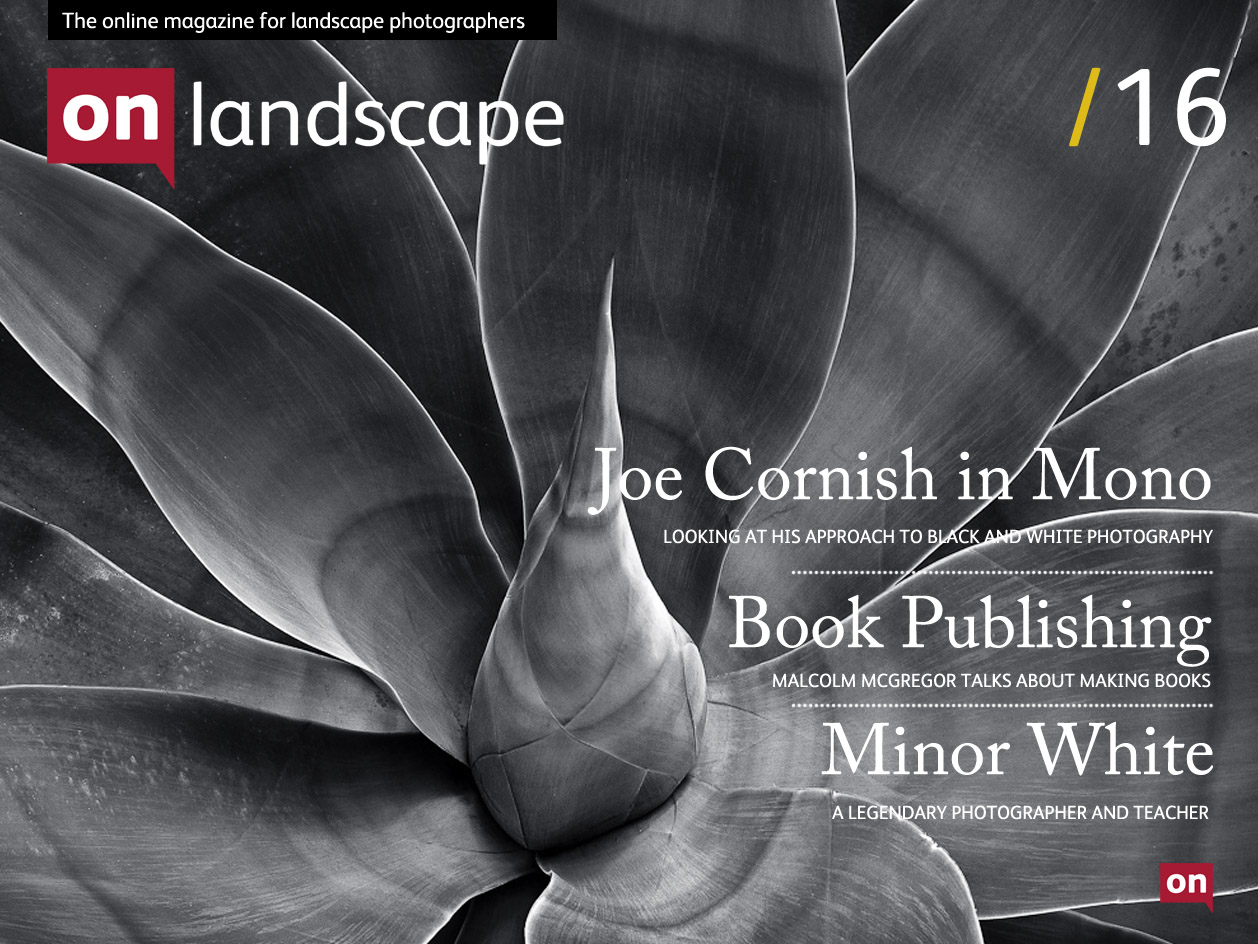 Which is the most critical?

A Rough Guide by Malcolm MacGregor

Joe Cornish re-visits some of his Black and White images

David Anthony Hall is an Irish landscape photographer specialising in very large prints, mostly panoramas, of groups of trees (although this is not all he does). He has recently worked with a garden designer to produce an outdoor garden exhibition for the Chelsea Flower show... You've recently had your photographs used as part of an exhibit at the Chelsea Flower show. Can you let us know a little about how more →

I have too many cameras and lenses! and the biggest mistake I have made in the past is thinking I can take them all. more →

We get a few people saying that Great British Landscapes is a little 'Film biased' and so to try to balance things up a bit, we're holding a competition to ask people to suggest their favourite digital photographers. Everyone who provides a suggestion and accompanies it with a reason why, will be entered into a draw to win ... a film camera!! We've been playing with some cheap cameras from more →

Last week my wife and I accompanied Joe Cornish to a small cinema in Hyde Park, Leeds. Despite the strong temptation, we weren't going to see 'Kung Fu Panda 3D' and definitely not 'Hangover 2'. This was 'Joe Cornish 1' in a leading role in 'With Landscape in Mind', a production by Environment Films. Joe is only credited as 'presenter' but this is 'about' Joe Cornish and covers a more →

I spent a few days on the north Cornish coast in March and chanced upon a really good week. In fact perhaps too good as the weather was mainly of very hazy sunshine and even foggy evenings. This led me to concentrate more on details than the grand vista, but I did have some fun with moody foggy sunsets. Because of the stable light in the shade I thought that I would make a mini comparison of Velvia 100F more →

I’ve read a few times in the past months that ‘light’ is always the most important thing in photography. Every time I read this I’ve felt a little more uncomfortable. This week a colleague pointed out another occurence in the popular press and as I was in the process of writing a couple more articles I thought I had to respond. The only way to really address this is to look at potential permutations of these three aspects of photography more →

Minor White only really had one major publication of his own in his lifetime. Mirrors Messages Manfiestations was published in 1968 and is a strange work. A combination of spiritual guide book, artist catalog, diary extracts and poetry it is a wonderful distillation of his approach to his work and life. Although some of the text is a little 'arty' it still warrants attention. The photographs show a keen mind at work trying to use the landscape (and cityscape) more →

Some photographers have an extended influence far beyond their public notoriety. Minor White epitomises these individuals. His work in analysing and teaching photography created a whole host of ‘followers’ and in some cases ‘acolytes’ and his writing still inspires today, but a lot of people don’t know his photography (or may be put off by his proclivities) which is a real shame. Hopefully this short biography will help as more →

The purpose of this article is to consider some aspects of working with a book publisher as it pertains to landscape photography. The themes of the article will be based around a recent publication of my own called ‘Mull, Iona, and Staffa’, which is my third book of landscape photography. I will also comment on books produced by other well known photographers. Publishing a book of photographs, on a specific theme is a very satisfying enterprise and an essential part more →

We thought it would be topical to take a look at some of Joe Cornish’s black and white photographs and this brought up a few nice surprises along the way. more →