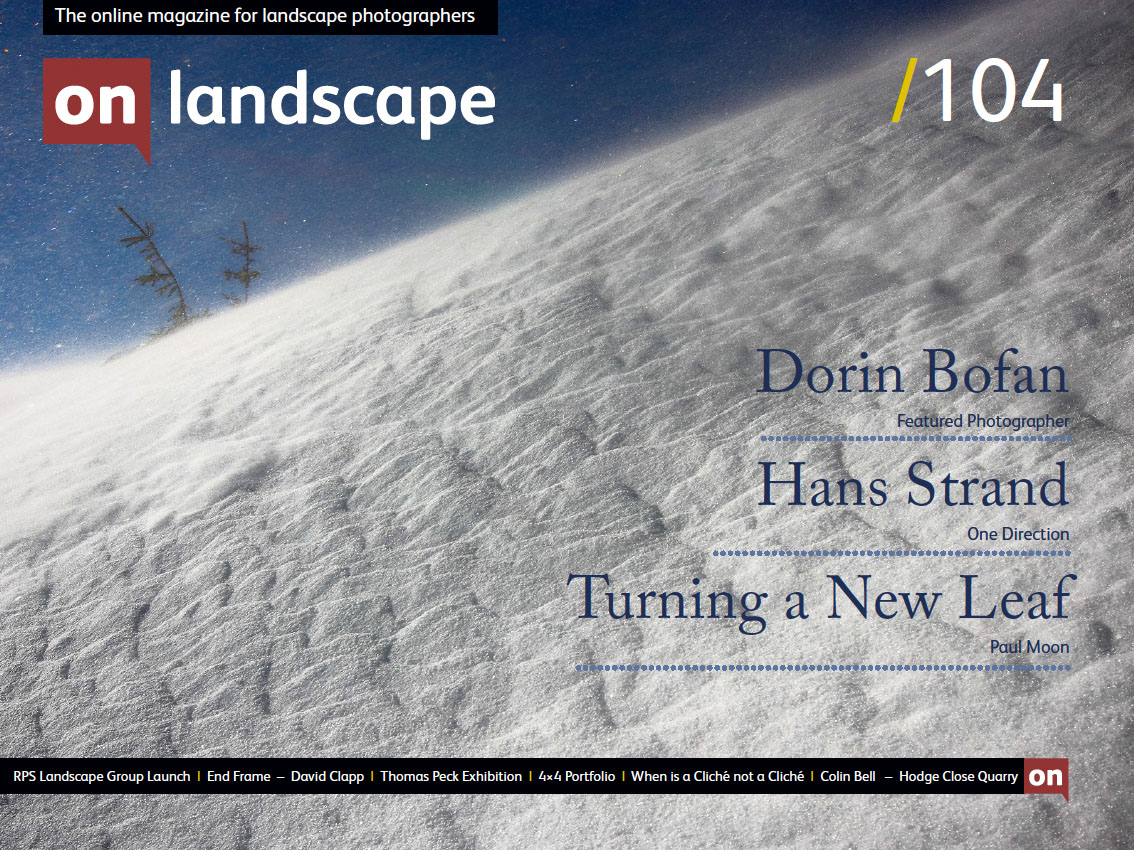 Familiar Themes as the Grammar of Photography

David Clapp talks about one of his favourite images

The fastest lane of landscape photography.

The ups & downs of putting on an exhibition

Tis the season to be jolly - and also the season to convince ourselves that we deserve to buy ourselves a few gadgets to play with in the new year. Some of my little treats include a load of darkroom equipment from one of our contributors David Tolcher and another treat is going to see Star Wars. Interestingly both of these have something in common - they both are driven by the resurgence of interest in film. Star Wars is one of a number of films that have chosen to capture their prime footage on celluloid. And it’s not all art house films like Boyhood, The Imitation Game and Steve Jobs - big blockbuster mainstream movies like Jurassic World, Spectre, Cinderella, Steve Jobs, Batman V. Superman, Jack Ryan, Edge of Tomorrow, Dracula Untold, Fury, Amazing Spiderman, Interstellar and Mission Impossible. TV shows are also being shot on film like American Horror Story, Walking Dead, Hand of God, True Detective, Boardwalk Empire, Breaking Bad, True Blood and even UK comedies like Doc Martin.

Most of On Landscape’s content so far hasn’t pushed film a great deal but with the increasing interest we’ve been getting a lot of requests to include some film specific article so from the new year onwards expect some in depth articles on getting into film or making the most of what you already use. With the incredible prices for film equipment and Kodak announcing that they’ll be in profit next year it’s never been a better time to dip your toe in the water. Don’t worry though, we won’t become evangelists - film is neither better or worse than digital, just different.

Tis the season to be jolly - and also the season to convince ourselves that we deserve to buy ourselves a few gadgets to play with in the new year. Some of my little treats include a load of darkroom equipment from one of our contributors David Tolcher and another treat is going to see Star Wars. Interestingly both of these have something in common - they both are driven by the resurgence of interest in film. Star Wars more →

This article isn't composed of my own solid definition. As a photographer I'm trying to come to my own conclusions about how photography works and what tools we have to play with. I'd be very interested in your own thoughts on this.  In the last article, I talked about how the cliché is not in the subject itself but the approach that a photographer takes in photographing that subject and that true artists can use clichés as positive components in more →

And so after feeling that my time at Thirlmere had come to a natural conclusion I decided to make Holme Fell and Hodge Close Quarry my area of discovery for 2015. Located between Ambleside and Coniston, although closer to the latter, it was really convenient for me to get to from our little bolthole at Skelwith Fold more →

Working my way across the country, from Dartmoor to Yorkshire hosting the Canon GPS Days with Tim, I would have given anything to substitute the damp and grey for a few seconds of a golden viewfinder, especially in the New Forest where the colours were exceptional. more →

Over time, his interpretations of that which he sees are becoming more closely attuned with his vision of the world. Photography is important, but the experience of being out amid nature is even more so. more →

For some reason landscape photographers, including myself, tend to spend way to much time trying to find the extraordinary. The urge is often to find a place where we can take a photograph with a “wow factor”. more →

For what seems all too brief, the end of October and beginning of November heralds the time that trees withdraw their sap from the green leaves to reveal carotenoids and anthocyanins. more →

I am a member of a photography club; I’ve entered and had some success in competitions. And this is all great and enormous fun, but I still didn’t think I had really pushed myself. And so I made a resolution. I would have an exhibition, display a series of images, and see if I could sell some more →