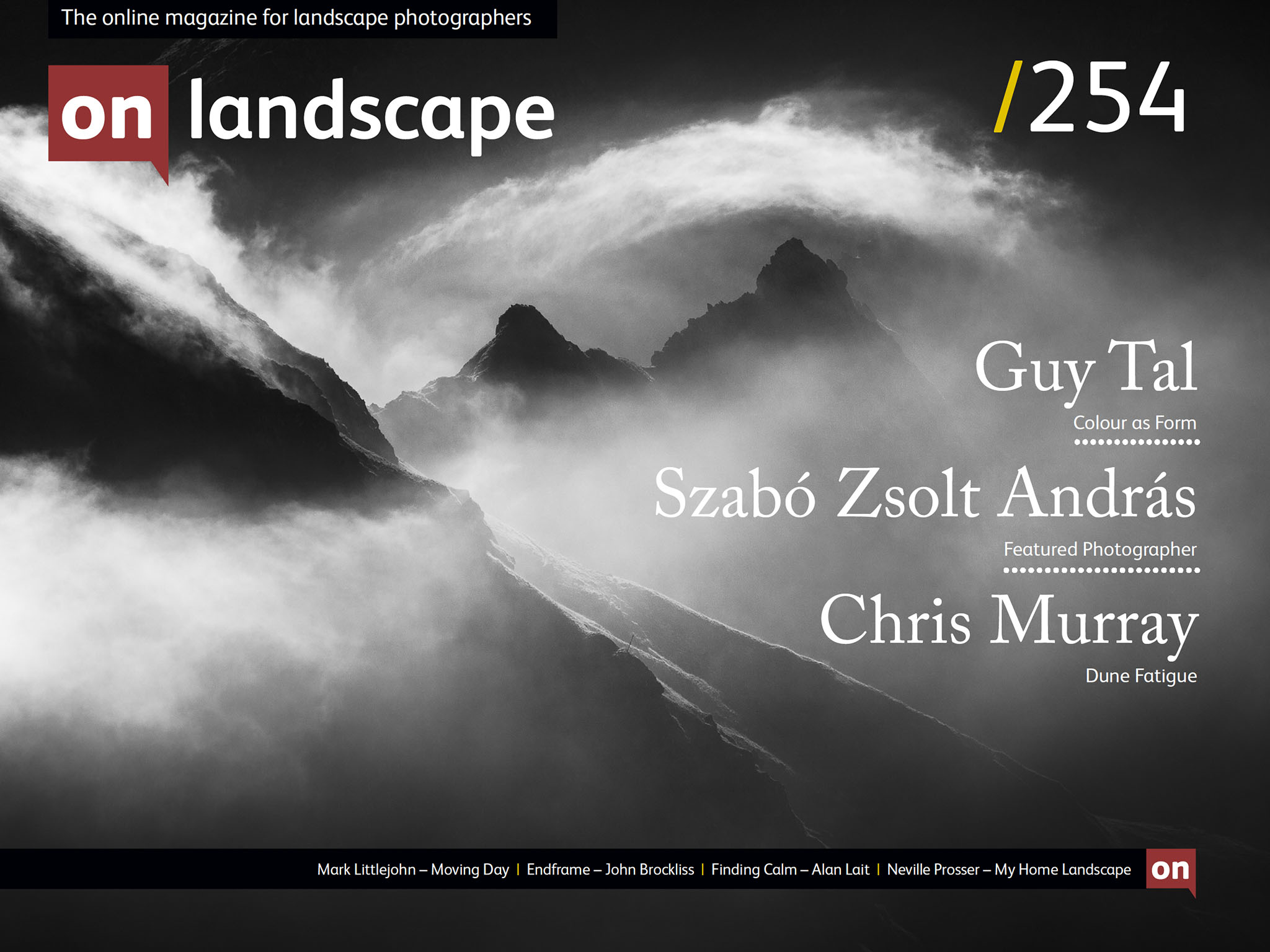 John Brockliss chooses one of his favourite images

Breaking our ties with our past

Seek solitude in the neglected and overlooked

Taking the time to slow down

We often imagine the physical part of moving home to a new location being the hard bit and actually going out and taking photographs in our new location should be the easy bit. But for a photographer like Mark Littlejohn, who has got to know his part of the Lake District so well, moving his photography practice to a completely different landscape and climate brought many challenges. Mark has written an article about his move for us in this latest issue and we thought it would be interesting to get our readers to ask him a few questions about how he found the move. Whether they’re questions about the landscape, weather, the way the infrastructure restricts or enables accessibility etc. The Lake District and the North West Highlands of Scotlands are very different in many ways - for instance, how has he coped without mist for so long!! ;-)

Anyway, we’d love to get a few questions from you to pass on to Mark so if you have any suggestions, please email submissions@onlandscape.co.uk.

Since childhood I have been fascinated by the history of polar exploration, intrigued by the tales of adventure, the discovery of the unknown and the mortal dangers faced in the most hostile and remote landscapes on earth. Among the heroic tales of polar discovery, there are none to compete with the plight of the ill-fated 1914 Imperial Trans-Antarctic Expedition led by Sir Ernest Shackleton in his bid to be the first to lead a team across the Antarctic Continent: a more →

My favourite locations are remote and not easily accessed; for me, it was always crucial to not have any human traces in the landscape I photograph. For me the essence of landscape photography is to discover, to take on challenges, to be part of adventures. more →

One of those locations I came up with is a beautiful bay called Frazer beach, situated in Munmorah State Recreation Park. It's a bit more of a drive, 35-45 minutes in the car, but enough remoteness to put off many a landscape shooter who doesn't like to walk far. more →

Kodachrome, introduced in 1935, was the first colour film to be mass-marketed successfully. Although Kodachrome quickly became popular with hobbyists and commercial photographers, so-called “fine-art photographers” have initially shunned the use of colour, and many have expressed derisive views of colour photography. more →

But what about the photography? Has that been as satisfyingly enjoyable as the lifestyle? In a word? No. Mist is a thing of the past. more →

It's not to say many if not most of the images aren’t beautiful, they certainly are. But, it’s the worn out subject matter that has me tired and questioning. Why are so many photographers limiting themselves to such popular subject matter and places? more →

I’ve often been told that my images portray a sense of calm and maybe that’s a result of what I find rewarding in an image or what my eye is naturally drawn to. more →