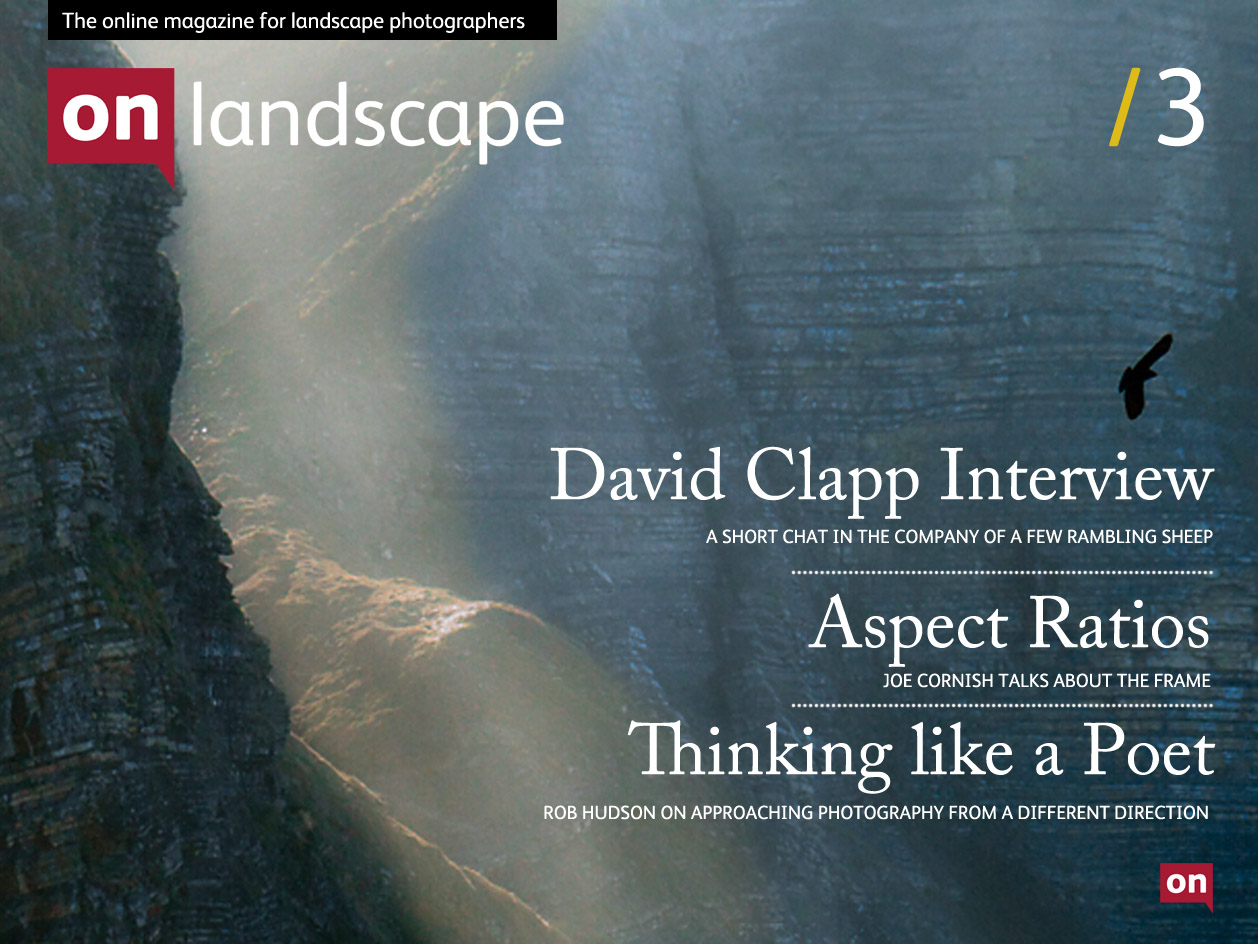 Extracts from a video interview

Where have the Berries gone?

Jon Gibbs reports on a recent trip to Skye

A bumper issue for you this month as we have contributions from many photographers. I've been working on the website to make it a bit easier to read and that seems to have made a big difference and a few websites have started to link to us. Landscape Photography is all about getting out and about in the landscape though and we've been pleased to read that a few of you have been browsing the website whilst waiting for the light! Thanks again for the great support - subscriptions are still coming in and each one helps give me more time to create and solicit content.

Jan Tove is a bit of an enigma in the UK; A photographer of no small talent who has inspired a great many more people than his British profile more →

A debate almost as old as photography is whether we take or make photographs. I've always felt strongly that we make images, that it is a creative act. more →

David Clapp, Tim Parkin and Dav Thomas met up in the Peak District just as On Landscape was being formulated. more →

Where have the Berries gone?

I have two pictures to show you, not the most scientific of comparisons, but it’s enough to show an aspect of digital photography more →

Flooded forest, Ardlui. Autumn has finally come to an end here in Argyll. As I write this article sleet and rain lashes against the window and strong winds strip away the remaining colour from the trees, the leaves giving up their tenuous grip having been weakened by hard frosts earlier in the week and Snow has made a dramatic return to the mountains hereabout. Looking back more →

It’s an obsession, I admit it, even the giants of Torridon and the beautiful mountains of the far North West can’t drag me away from the Isle of Skye. more →

We all ask profound questions about life from time to time from “why is there suffering in the world?” to "why do I have to die?” They are deep and meaningful questions, imponderables that unify us in life. So why does most landscape photography aspire to little more that “the rocks are hard” or even “the water is soft”? more →