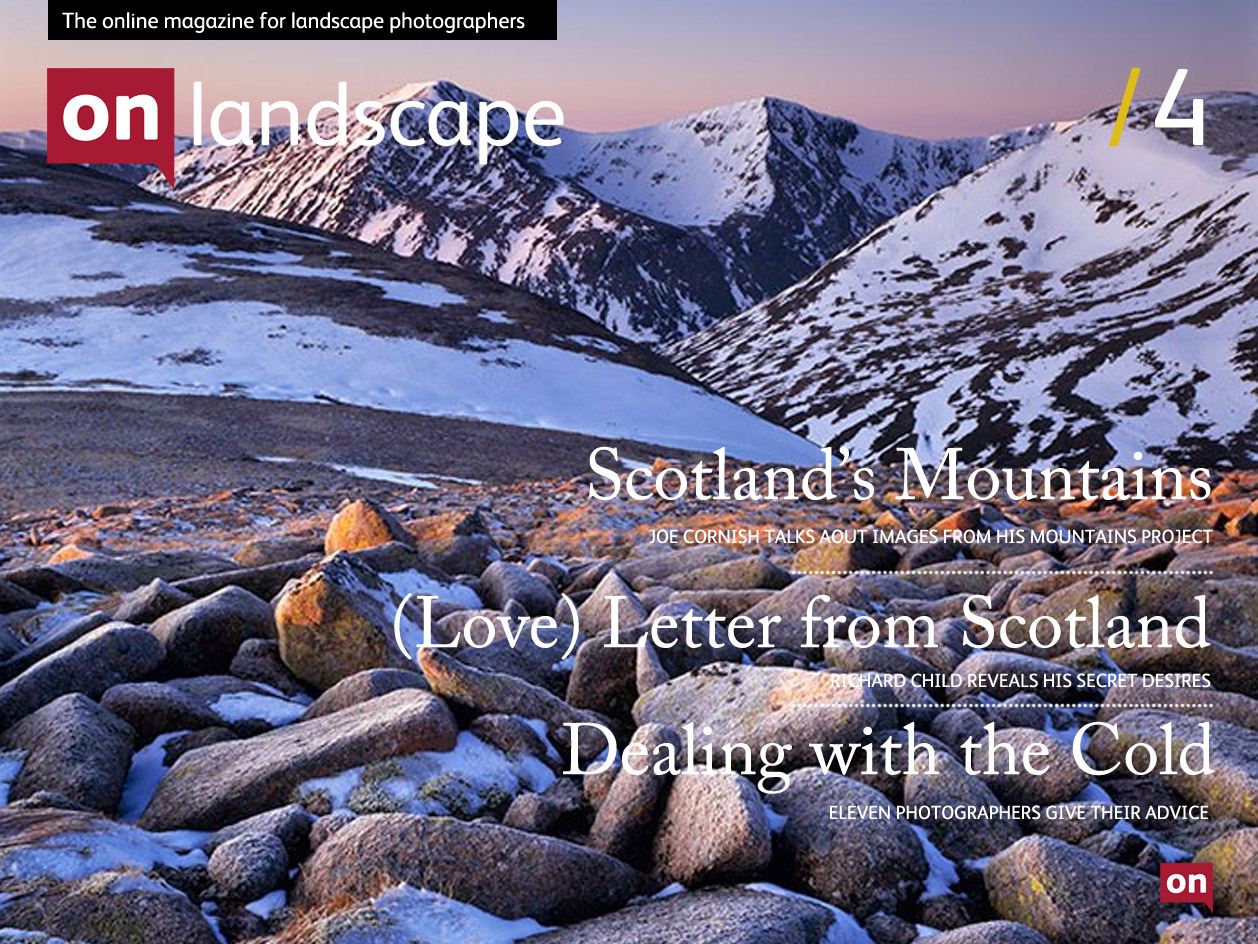 Blend your own in the field

The magazine is building up pace and this issue brings together some great winter content from Joe Cornish about his Scotland's Mountains book project and advice from eleven landscape photographers about dealing with the cold. But it's the feedback we've been getting from you that has us most excited and planning for bigger and better things. Our winter will undoubtedly be incredibly busy but we hope the snowy conditions inspire your photography. Until next issue!

I have always aspired to take good landscape pictures but largely failed to reach my own goals, for the first 20 years of taking pictures I chased butterflies & insects and landscape photography was a second interest. more →

The following are a compilation of notes made during phone calls, emails and general conversation made over the last week. We start with the man who has arguably been out photographing in Britains coldest ever weather - a minus 29 degrees in Moray last year. more →

With a few different combinations, we can create hard strip filters and reverse grads of various powers. more →

I was an early adopter of the m4/3rds ‘compact’ system buying a Panasonic GF-1 with 20mm lens pretty much as soon as they became available. It promised so much. more →

At just over 1000ft high and with no particularly defined peak visible from a distance Beinn Lora is a fairly unremarkable hill to look at. more →

In this Hindsight Joe Cornish talks about three pictures taken in the Cairngorms for Scotland's Mountains. more →