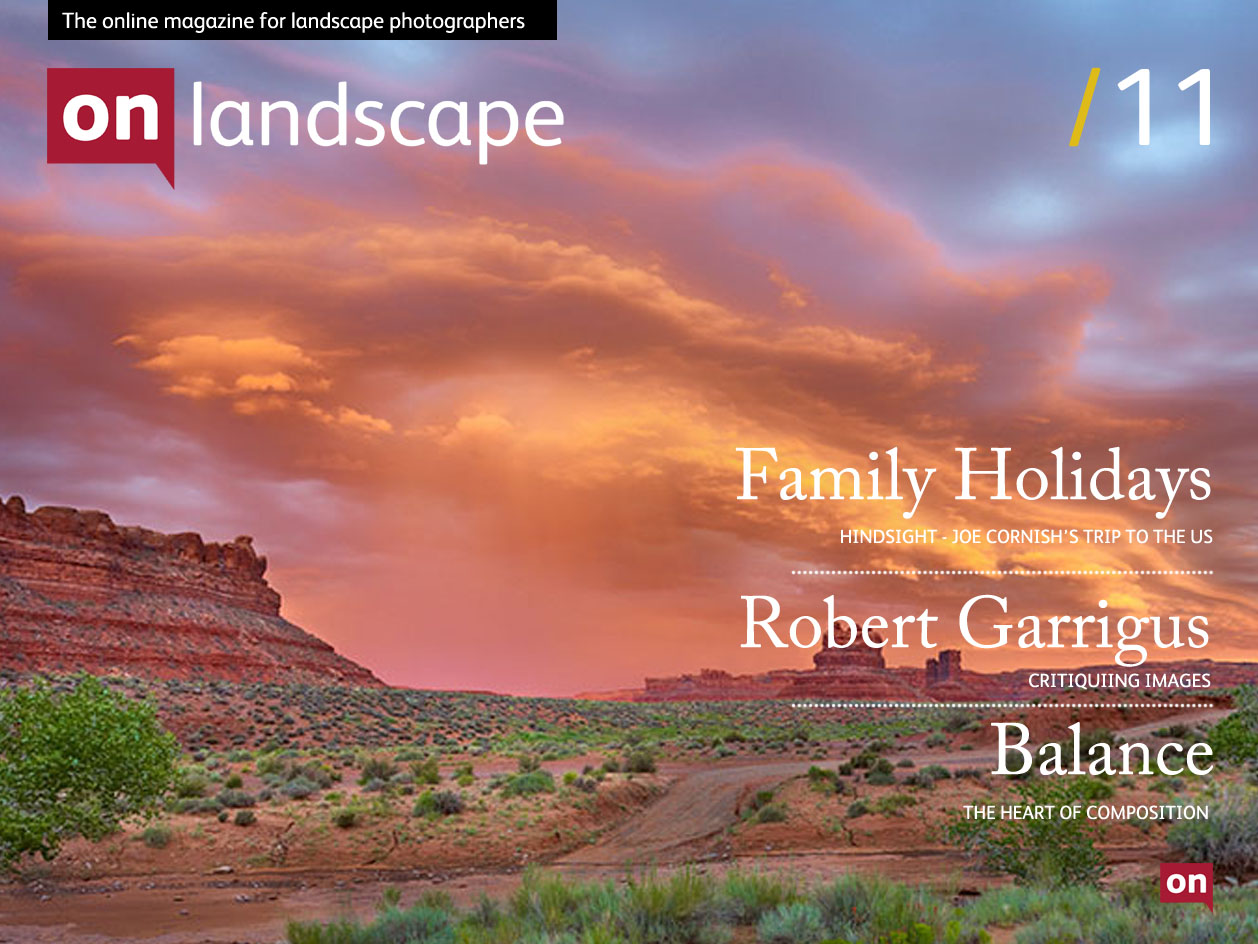 Tim Parkin's thoughts on why we take photographs

Fran Halsall considers the place of simplicity in landscape photography

Composition – An Introduction to Balance

Second in a series of articles on composition

Joe Cornish, Flow of Light I've just read an article in a popular outdoor photography magazine that was written in defense of shooting sunsets that I can't help but write a reaction to.   He does say in the article that he knows many photographers who think that "capturing a sunset as a creative end in itself is a waste of time". Well I think I probably more →

Unlike many of the photographers we have discussed in our ongoing Masters section, John wasn’t a photographer from childhood, being more obsessed with drawing wildlife. His passion for photography was inspired when his mother sent him an issue of Picture Post when he was in Africa when serving in the RAF as a nurse. This edition had some extracts from ‘The Family of Man’, a pivotal photographic exhibition that was put together by Edward Steichen which featured the work more →

Dark and threatening clouds hang over Great Gable's impressive southern flank. Representations of landscapes throughout western art history have taken a back seat to works depicting the dramas of human existence. In many cases landscapes were reduced to a stage set in a historical painting or a stylised backdrop for a portrait. This is unsurprising as for much of our history the more →

John Blakemore has taught photography for over two decades and has worked as a fine art photographer for that period also. This book tries to distil his teaching into a single tome, covering technical and artistic bases along the way. The fact that this isn't just a technical tome or an art philosophy tome works very well in my opinion and reflects the fact that these two aspects of photography cannot really be separated (however much many photographers would more →

Composition – An Introduction to Balance

Balance in Photography The concept of balance in photography is not a new one, just this week I received another book on composition that says “The components of a great photograph should always be in balance” which is great as long as you know how to identify components and how much they weigh. The more detailed articles on composition and balance may end up drawing a fulcrum and showing two objects on it, one big and one little, with the more →

From Beinn Maol Challum Ok, I admit it. I'm a bagger, a list ticker, a trophy collector. I've accepted what I am and I'm not going to change. Over the years I've collected lots of different things from Matchbox cars, tin soldiers and beer mats as a youngster to sea-washed bricks, mountain tops and footpaths as an adult. I love nothing more than pouring more →

Robert Garrigus volunteered his photographs to be the subject of Joe Cornish and Tim Parkin's photography critique and what a good couple of compositions they were too. Many thanks Robert.   Part One Part Two more →

A couple of weeks ago I went on a workshop, a workshop that continues a series that started in the early 1980s more →