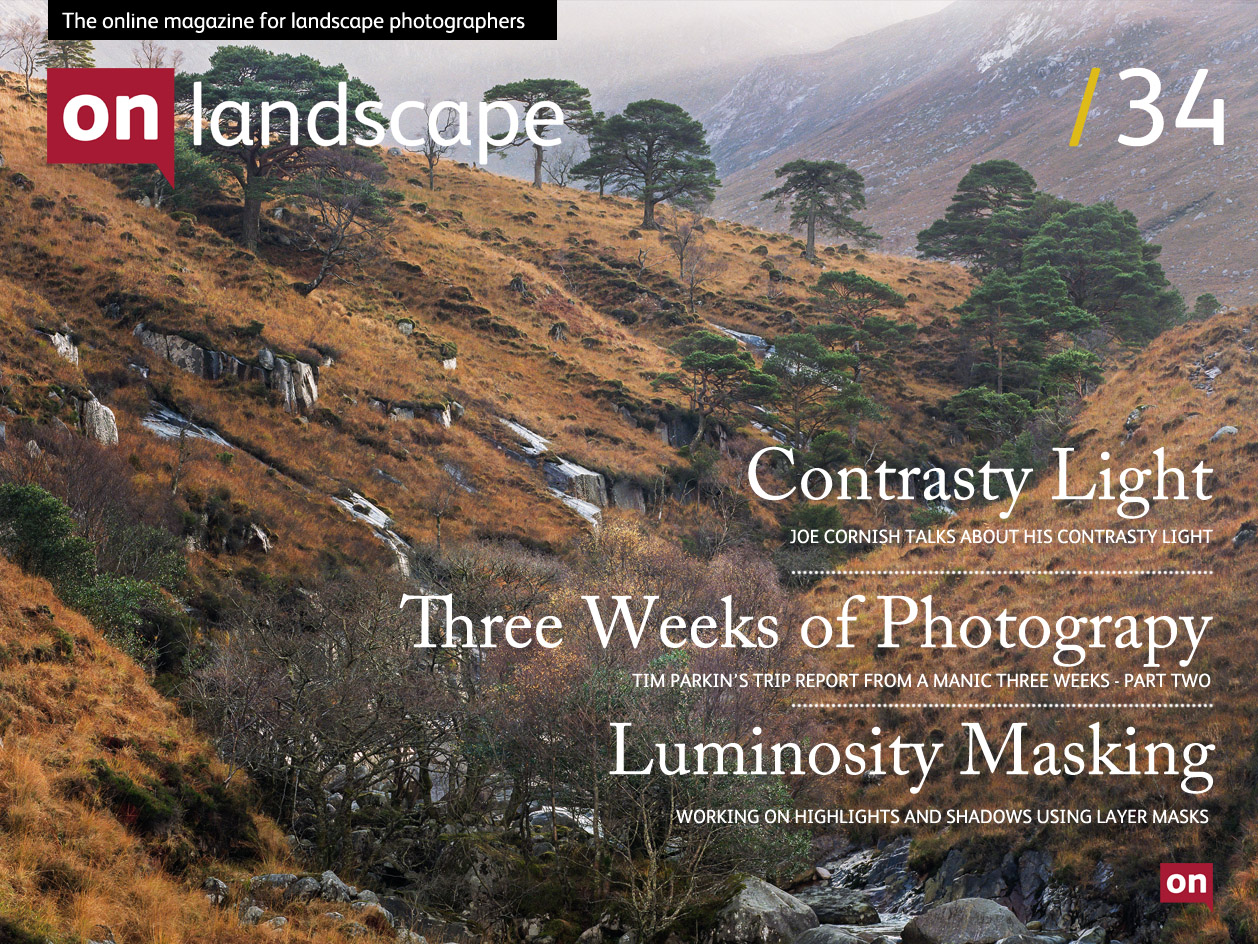 More on using masks in Photoshop

Iain Sarjeant discusses 'The Pool' (and other things...)

On being a professional landscape photographer

We landscape photographers aren't well known as an overly social bunch and adding to that a hidden undercurrent of competitiveness (or possibly a gushing waterfall in some people's cases). However, there is a lot to be gained from cooperating for mutual gain. A few photographers from Galloway have done just that - combining their forces to create "The Galloway Photographic Collective" with a mission statement to.. increase our presence more →

Photography competitions, there are literally thousands of them. Most of them are thinly veiled attempts to accrete free images for commercial use (we recommend you read more about this here before entering any competitions). But all photographic competitions have a couple of major issues The first is the fact that people must want to enter in order to 'win' - this sounds obvious but no competition can hope to declare the 'best' of anything you have to enter, usually more →

One of your favourite features of the magazine, and one you've been asking us to feature as often as possible, is the Hindsight series where we talk to Joe Cornish (and other photographers) about a few of their photographs. This issue we're back with Joe and talking about a set of pictures taken in difficult light and that also happen to reflect the change in photographic medium that Joe has made over the previous decade. Firstly we have what more →

Luminosity masks allow us to target only the darkest areas of the image, perhaps warm shadows slightly or remove a cast from our highlights. more →

These days I am drawn more and more to photograph ordinary places, and have an increasing interest in the everyday. I am equally at home in natural and human environments, particularly enjoying the meeting of the two. I spend quite a bit of time exploring close to home, such as my local woods, walking directly from the house. Two minutes walk away, my daily route takes me past a small pool, and although nothing extraordinary more →

Last issue I talked about the first half of my epic photography 'vacation' where I finished a commission for the National Parks authority and a week giving a large format workshop. As soon as I got back it was off to Glencoe in the camper van with my ever loving (and occasionally despairing) wife. Now having visited Glencoe a few times and having done the ‘icons’ in the past, I was interested in looking for some different locations and/or different more →

There is something slightly odd about making a living out of something you absolutely love to do. It sounds as if it should be idyllic of course; getting paid to travel the world and make photographs? How much better can it get? Yet somehow pro photographers often seen as grumpy, dissatisfied, cynical and frustrated (sometimes even more so) as everyone else. Regrettably I would have to include myself in that number. I now realise that satisfaction in life is more →

Jason Theaker was one of the first photographers I saw on flickr some time ago now and his regular photo uploads with their associated essays, discussing his thinking on photography, gathered him many followers. He lives and works within the Leeds/Bradford area and most of his photographs are created either around the Yorkshire area, quite often a short distance from home, or down in Cornwall where he spends regular family holidays and has lead a couple of workshops with more →