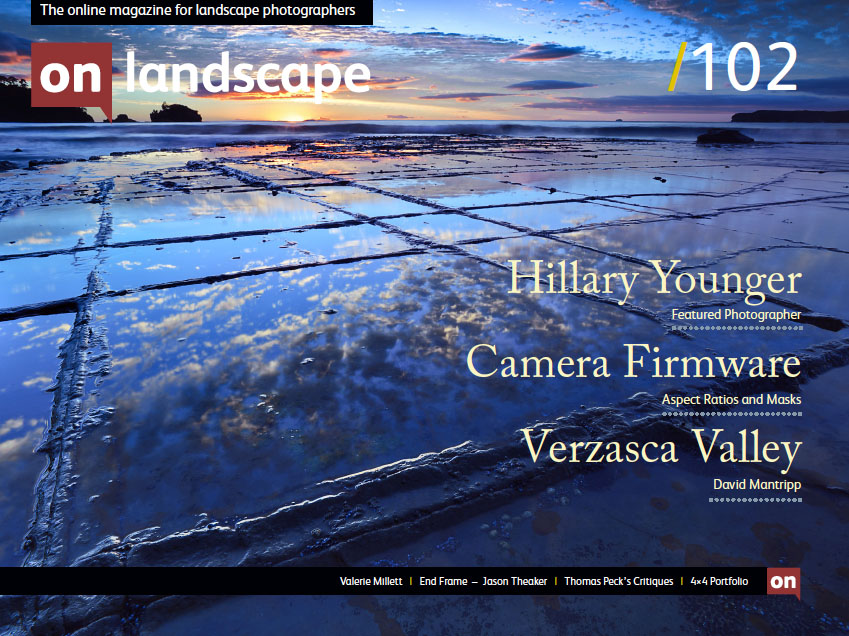 Five photographers, five visions of the world that surrounds us.

Jason Theaker discusses one of his favourite pictures

What is the role of the figure in a landscape photograph?

I’m sure that visual clichés have been a part of art ever since we started drawing on cave walls (“OMG Ugg! Not another bloody antelope!”). In romantic painting we even have the Reverend William Gilpin writing a book on it (and I wonder if the picturesque ever really recovered). Today the clichés tend to be primarily locations but more subjects keep being added to the lexicon. Recently I’ve even been told that misty trees are now verboten! If we include sunrises and sunsets to the list we have whole swathes of popular photography written off.

However, we must look beyond these exhortations to avoid certain themes and realise that the cliche is not the subject or conditions, it is the blind attempt to shortcut the creative process by picking something that has previously been extremely successful. As a part of a healthy and varied visual diet, an inspired and well crafted photograph of a cliche can work wonders. Even whole books full of cliche can transcend the definition if approached the right way (We’ll be reviewing one such book in the next issue!).

So ignore the naysayers and holier than thous and go out and take photographs that you want to take and if presented with something you think might be a cliche, take it as a challenge. After all, most clichés are such because they bloody well work.

You can download the PDF by following the link below. The PDF can be viewed using Adobe Acrobat or by using an application such as Goodreader for the iPad. We've split the PDF into highest quality and small download versions now. The small download is still good enough quality for general browsing and reading but you won't be able to zoom into the smaller images as much as with the larger. Click here to download issue 102 (high quality, more →

Why should we be so limited by aspect ratio? Ever since the start of photography, cameras have had ‘custom’ aspect ratios. more →

If you’re looking for a location which can offer both boundless photographic potential, and also plenty to entertain non-photographer members of the family, this is it more →

Five photographers, five visions of the world that surrounds us. Despite the diversity of the subject matter and their individual interpretations, the artists are connected by one aim. more →

Personally I’m first stirred by the composition, the central positioning of the tree immediately arrests my attention. I cannot be pulled away, as the subtle but assertive diagonal lines keeps pulling me back more →

If our reading of a picture is based on a literal, descriptive level, then the inclusion of a figure in the landscape has a very simple function: it is there to suggest a sense of scale. The figure acts as a basic juxtaposition between a known height/size and the rest of the content of the image. However, if a photograph is also to be read on a more metaphorical level, then the inclusion of a figure suddenly becomes much more →

This mysterious land of enchantment, a siren song seducing many an explorer, writer, poet, miner, photographer, artist and even those seeking healing of the metaphysical kind. more →

Tim Parkin and David Clapp are doing a mini tour of the UK with the support of Canon cameras where you can try out the new 5DS and 5DSr and some of the best lenses out on location. more →

Hillary Younger returned to her native Tasmania after an extended period of travelling and living overseas. Drawn back by the island’s wilderness areas which she had previously explored on horseback and on foot, a new passion for photography emerged. more →

Professional landscape photographers David Clapp and Mark Littlejohn will be presenting their lectures on Friday 13th November 2015 at 7.30pm. more →