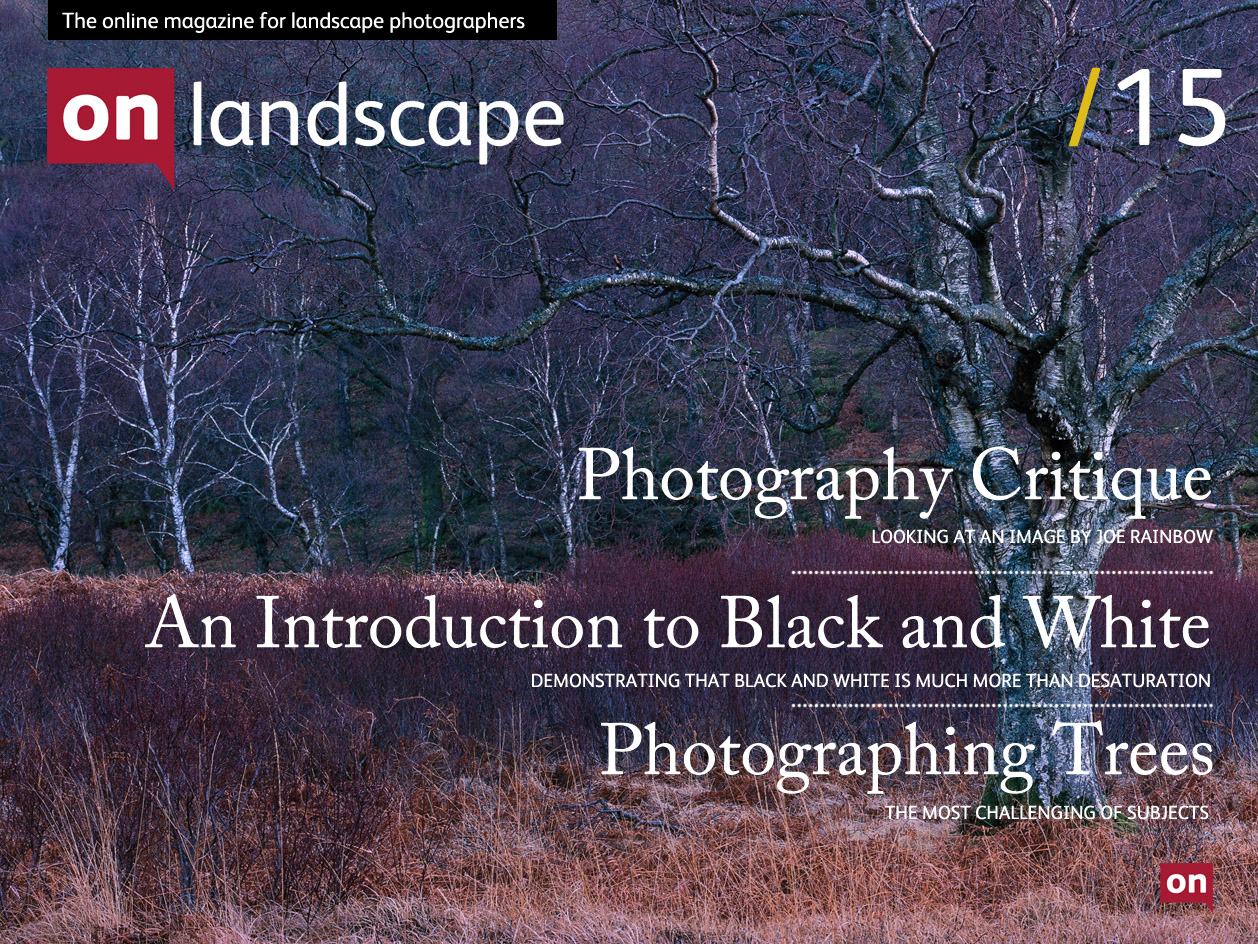 Wilderness and the Mind of the Photographer

Malcolm MacGregor responds to Beyond Beauty

The Psychology of Saturation

Looking at the psychology and history of saturation

Tim Parkin discusses one of the biggest compositional challenges

Introduction to Black and White photography

Tim suggests some guidelines for Black and White Photography

Wilderness and the Mind of the Photographer

This article is written in response to that by Julian Barkway on Beauty, which had a wilderness connection, and as a result of Joe Cornish’s report from the great wilderness trek in NW Scotland. His book Scotland’s Mountains could be regarded as a homage to what remains of Scotland’s wilderness areas. Torridon, Cairngorm, Glencoe, Rannoch Moor, Assynt, and the black Cuillin are all there, in their vastness and enticing more →

Dav Thomas sent me an email recently saying to take a look at Joe Wright's photographs as he saw something interesting going on. After looking myself I had to agree and so called Joe for a chat. He's only been taking photography seriously for about four years but there has been a major change in his outlook over the last year which caught both of our eyes. A systems architect living in Swindon, Joe has a particular love to more →

The Psychology of Saturation

There has been some interesting discussion on the history of saturation boosting in photography in recent days, notably David Hyde on the excellent Landscape Photography Blogger website talks about "Did Velvia Film Change Landscape Photography". His topic was about how the use of hyperreal film such as Fuji Velvia and whether it fundamentally changed the look of landscape photography. Well the first question I'd ask is 'could you get saturated colour before Velvia came out?' and I think the more →

Blair Loch – Sony A900, Sigma DG 28-70 Well we’ve introduced the two most important aspects of composition, balance and flow, what next. Well, we could talk about these two alone for quite a while - the idiosyncracies of each of these will be part of our discussions in future episodes. In this issue I’d like to talk a little about taking photographs in woodland, of trees more →

Introduction to Black and White photography

I’ve been asked by a couple of people to write some notes about black and white conversions and although I may not be the expert in this area, I thought it would be a good one to tackle and hopefully get some feedback from some people with more experience than me. 1) What to photograph 2) Preparing the file for conversion 3) Converting the colour file to black and white 4) Post processing Most articles and books I have read have spent the most more →

We recently took a look at a fantastic photograph by Joe Rainbow of Gunwalloe Scales and asked Joe Cornish to critique it and also asked him how he would approach the post processing of it. The results, whilst not far from Joe Rainbow's version, show some interesting aspects of technique and style. The original picture is shown below. https://youtu.be/5Xj34IfOHiE   You can see more of Joe Rainbow's photography at more →