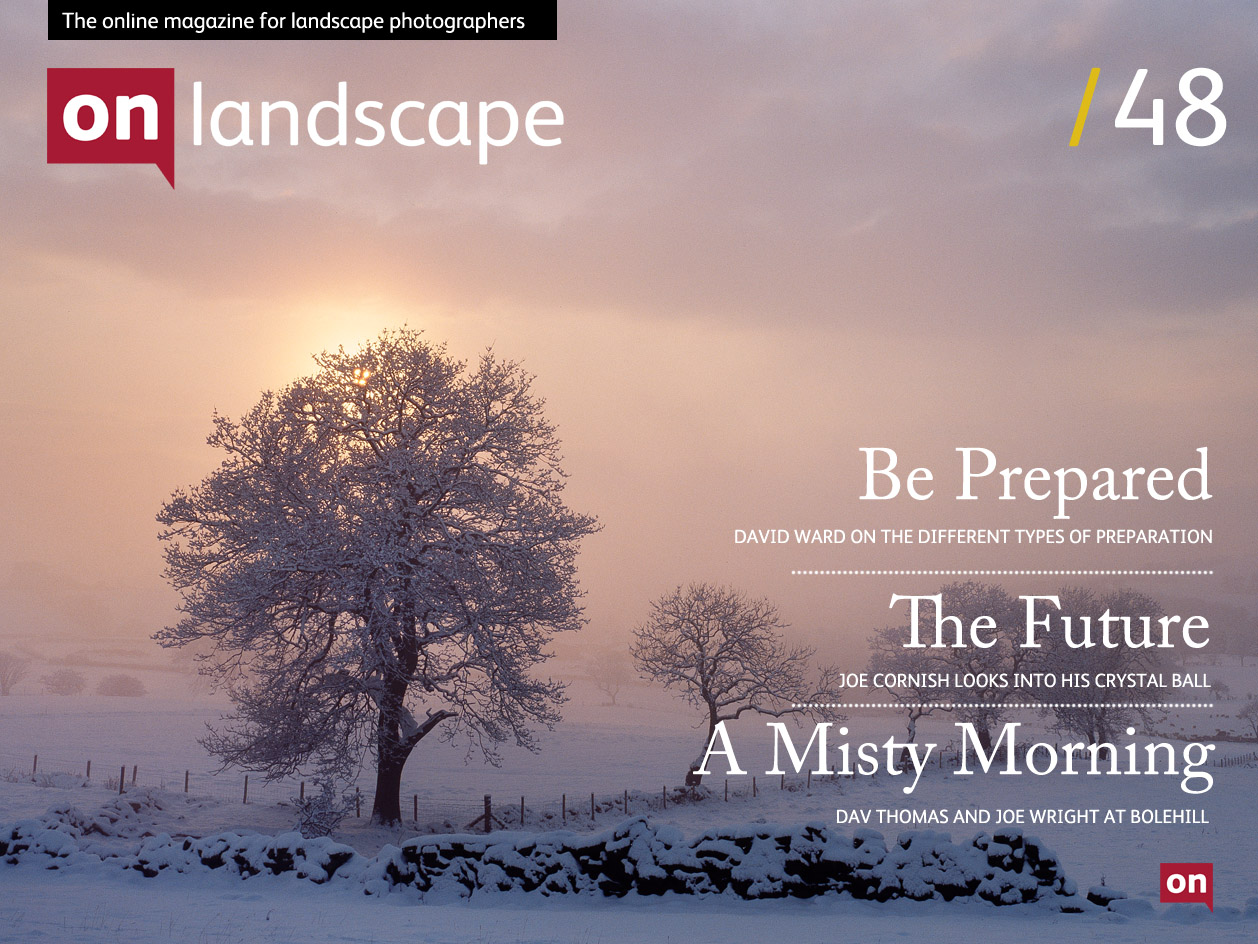 Unsworth Exhibition at the Ruskin Museum

An Interview with David and Angie Unsworth

The Landscape Photographer of the Year

So What's the Controversy?

The Future of Landscape Photography

On What Path will the Future Take Us?

Our first issue with the new website and I have to say a big thank you to Andrew Nadolski for designing the logo and page layout and the twitterati for testing it. It's taken a while to put together and so a big thank you goes to our subscribers for their patience. Now it's here there are lots of exciting plans to take it even further - more on that later. We're moving to a new way of rolling out content over the span of the two weeks from next issue and we've got a couple more articles to add to this issue including an interview with another new On Landscape team member, David Clapp, and with the landscape photography team David and Angie Unsworth. So, until next issue THANKS!!

Unsworth Exhibition at the Ruskin Museum

We've feature David and Angie Unsworth in a previous couple of articles, one as featured photographers and also an interview with David about his work and influences. They also have a book of their photography, A Landscape for the Imagination. David and Angie now have an exhibition of their work at the Brantwood, former home and museum for John Ruskin. We talked to both David more →

The Landscape Photographer of the Year

This year’s Landscape Photographer of the Year competition not only drew some great photographic entries but also raised some controversy. I wrote about this controversy at length on my blog but the length of the article by the time we had all of the updates and comments got a bit out of hand for more than a cursory glance. So, for the benefit of those who didn’t hear about it, what was the controversy? Well initially it was raised by more →

We're featuring a photographer that many people know as part of a great double act with Phil Malpas. We've interviewed Phil in a previous issue and he's shown just what a great photographer he is and we now feature Clive Minnitt to show just how strong his images are also. Take it away Clive. Santorini Oia at dusk Can more →

hat preparedness can relate to physical parameters (being in the “right place at the right time”) or to heightened visual receptiveness or to a combination of both – whatever works for you! more →

The Future of Landscape Photography

The phone rings. It is Mr P, chief finance officer (and every other officer) of the On Landscape Corporation… "How about a piece on the future of Landscape Photography?" Tim suggested brightly. "Hmmm, great idea, I'd love to read something on that. Obviously a job for the Professor (David Ward)." "He's off to Tasmania so you'll have to do it. Oh yes, and I am going online with the redesign of the magazine monday so it needs to be in before then. more →

Whilst on holiday in Derbyshire Joe had managed to tempt Dav out of bed early one morning at the beginning of Autumn on the promise of mist in Bolehill Quarry. The mist duly arrived and after Dav had playfully chastised Joe for getting to the rendezvous early to take a sneaky vista they headed of into the Quarry chasing the mist.  For Joe this was relatively new territory, for Dav you might say this was his home patch. Why more →