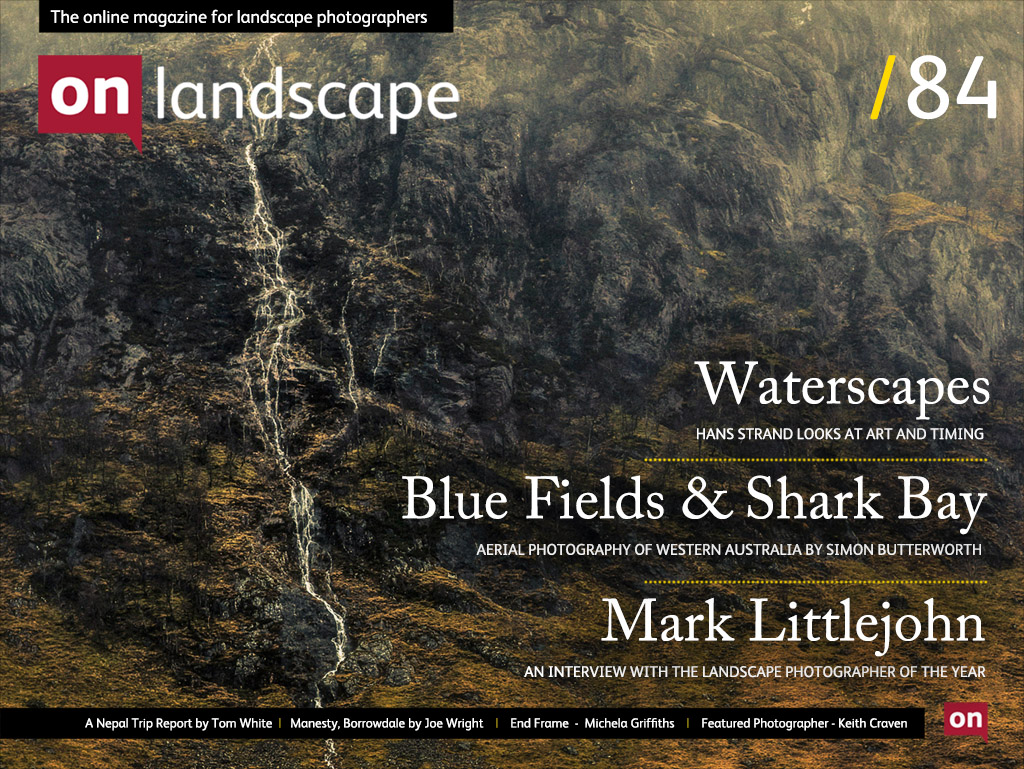 Michéla Griffith chooses one of her favourite images

"Let's have a little get together" I said last year "Just a few photographers having a chat, how hard can that be to organise?" Oh how naive.. What started as a pub lunch and a chat slowly grew into a few talks and then an extra day so we included a dinner as well - add in an exhibition and sprinkle with a bit of live streaming to 32 countries and we ended up a well baked loaf of stress. Fortunately I'm married to someone that complements my lack of organisation and Charlotte picked up the threads and ensured everything got delivered (just) in time.

In case you haven't got a clue of what I'm talking about, the 'Meeting of Minds' conference took place last weekend and judging by the feedback from both attendees and speakers it was a fairly universal success. Yes there were a few hitches but someone raised the metaphor of the elegant swan, serenly gliding through the water but just under the surface there's a pair of legs spinning frantically. I'll write a little more about the conference in the next issue but for now I'd like to say a big thanks for all the attendees and for those who helped make it work.

In the meantime we've had the Landscape Photographer of the Year and, as usual, it hasn't been without controversy. Thankfully the controversy this year is that the image is "too arty!" and that people couldn't recognise what it was or it was overprocessed. You can see the image for yourself in this issue and make your own mind up - I'll be writing a little analysis of the reception this image has had in the next week so keep an eye on the website.

You can download the PDF by following the link below. The PDF can be viewed using Adobe Acrobat or by using an application such as Goodreader for the iPad. Click here to download issue 84   more →

I recently opened a photo exhibition with my retrospective work here in Sweden. It was randomly put together and there was no overall plan, but when I saw the photographs hanging on the walls I realised that there was water present in every one of them. Everything from crashing waves, rain drops, waterfalls, creeks to flooded forests was in those images. For me, and I am sure for many other landscape photographers, water is a fantastic ingredient in our more →

Many of us are behind the camera through choice, but sometimes events conspire to bring us out into the light. more →

Sitting in the ‘jaws’ of the Borrowdale Valley between the southern tip of Derwentwater and the village of Grange in the Lake District National Park; Cumbria, the little known area of Manesty commands an envious position in one of the most iconic areas in England. However, its position in the less visited Northern Lakes and in a spot which requires a circuitous driving route from many of the other popular Lake District locations means that Manesty and the Borrowdale Valley as a more →

These words are going through my head again and again as I continue to slowly make my way up and over the Cho La pass. Having set off at 5.30am we have now been walking for three hours and the top is still another hour away. We will soon be at an altitude of 5,420m, where there is about 50% of the oxygen there is at sea level, and this is having quite an effect on my ability to more →

This story started several years ago. An email arrived out of the blue: 'My boss has seen your pictures in a magazine and was wondering if you do workshops? He lives in Sydney and is coming over to Europe to see friends and would like to spend a week with you'. I didn't want the responsibility of professionally providing good photography and everything that entails, but I did sense an opportunity which seemed too good to pass up. Inspired more →

Take a View's Landscape Photographer of the Year was announced yesterday and it was great to be able to announce that Mark Littlejohn had won the top place. His image of the side of Beinn Fhada is beautiful and just the sort of high quality photograph we'd hoped would win. And Mark couldn't be any more deserving. Despite only starting photography a few years ago he has produced a stunning array of images, mainly from the Lake District and more →

The images that appeal most to me now leave something to the imagination. They paint an impression more →