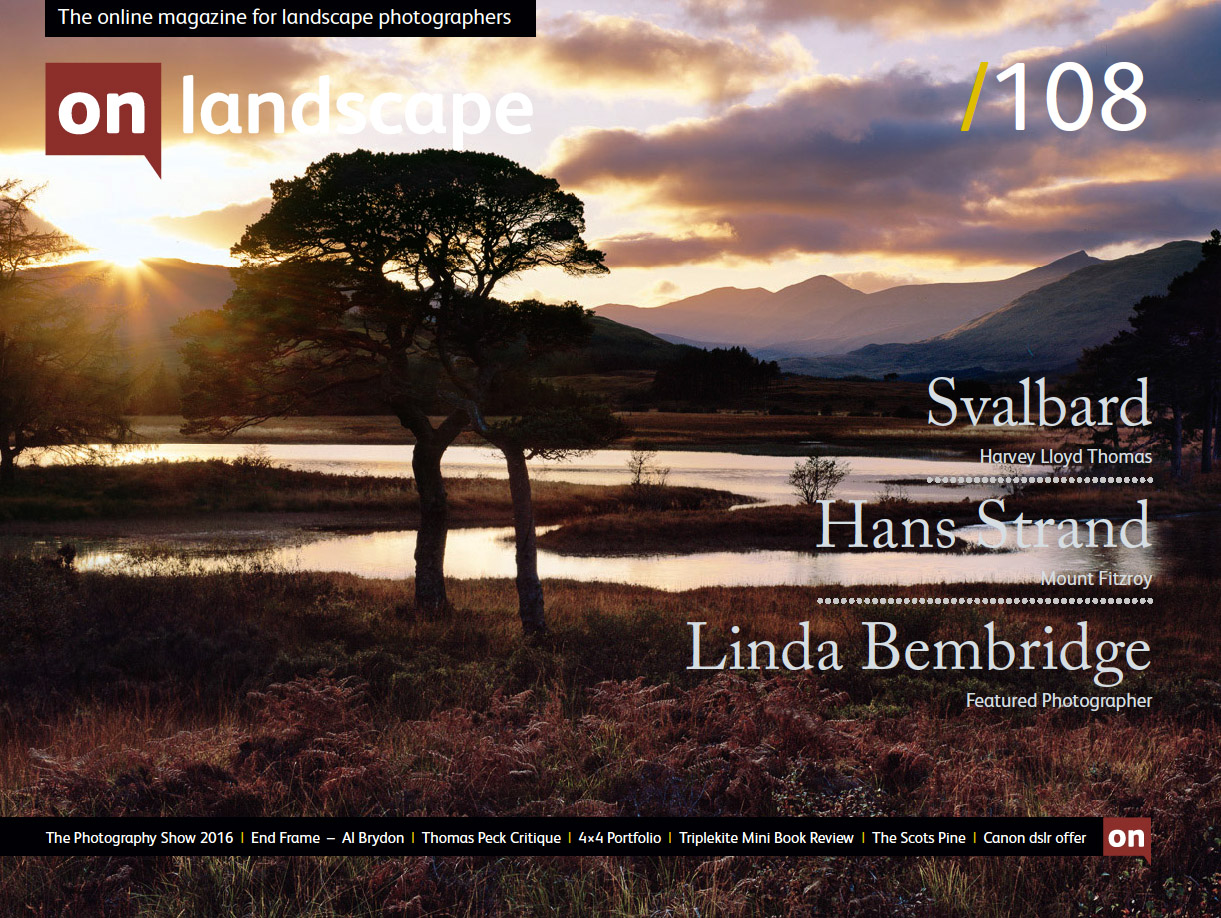 The Voyage of the Malmö

Harvey Lloyd-Thomas writes about his trip to Svalbard

Al Brydon talks about one of his favourite images

Join us on the Linhof Studio Talk Hub

A boy dream which came true

Recently I've been hearing stories about how landscape photographers are abusing the landscape more than being its guardians. I've seen the apalling state of the ground near iconic photo locations, the shouts and scuffles when people's photographs are blocked and even recently a fire caused by a flaming steel wool wielding photographer - all in all a generally irreverent approach to nature that forgets its importance to not only our pastimes but to our very lives. So it was with great pleasure that I spent a wonderful weekend on a fundraiser organised by Mark Littlejohn and Doug Chinnery who, with a host of supporters, gathered in Glenridding to raise money for the rebuilding of parts of the Lakes District that suffered from the repeated floods over the christmas period.

The big headline for the day though was a total amount raised of £21,000. Congratulations to everyone who supported the event and reinstilled my confidence in landscape photographers as a force for good (oh and also proved that photographers will buy prints from other photographers - and at proper prices at that, Joe's and Mark's framed prints sold for more than £500).

Recently I've been hearing stories about how landscape photographers are abusing the landscape more than being its guardians. I've seen the apalling state of the ground near iconic photo locations, the shouts and scuffles when people's photographs are blocked and even recently a fire caused by a flaming steel wool wielding photographer - all in all a generally irreverent approach to nature that forgets its importance to not only our pastimes but to our very lives. So it was more →

Triplekite are well known in the UK landscape photography community as the producers of quality books in this little supported genre. more →

The Voyage of the Malmö

While I must have seen Svalbard on maps before, I first remember reading about the archipelago in the Time-Life Photography Year 1974/75 book, which was in the art rooms during my time in the sixth form back in the 80s.. more →

At On Landscape we've reviewed some of the top high megapixel 35mm cameras by the three main manufacturers and the one that produced the highest level of detail was undoubtedly the Canon 5DS and 5DSr. Combined with having a stunning range of lenses, the Canon is capable of producing images with a level of detail that was previously only available to owners of medium format cameras. If you've more →

I think landscape photography is a valid and impossibly important vehicle for storytelling, as much as any other form of photography, documentary or conceptual. more →

The Linhof Studio Talk Hub, curated by On Landscape are pleased to welcome no less than 10 inspirational speakers over the 4 days. more →

The first time I heard the word mentioned, was sometime in the mid 70-ties. It was through a documentary film shown on about a British expedition across the Argentinian glacier Hielo Sur. more →

The humble Scots pine is the only truly native coniferous tree in the United Kingdom and what a beauty it is. more →

Linda loves taking detailed photographs of subjects that, as images, may be unrecognisable in themselves but which can be reconfigured or presented to resemble other landscapes, or otherwise leave room for the viewer’s imagination. more →

Photography is always a delicate balance between technique and aesthetics. Think of the debate that swirls around long exposures/Big Stoppers. You either like the effect or hate it. All more →