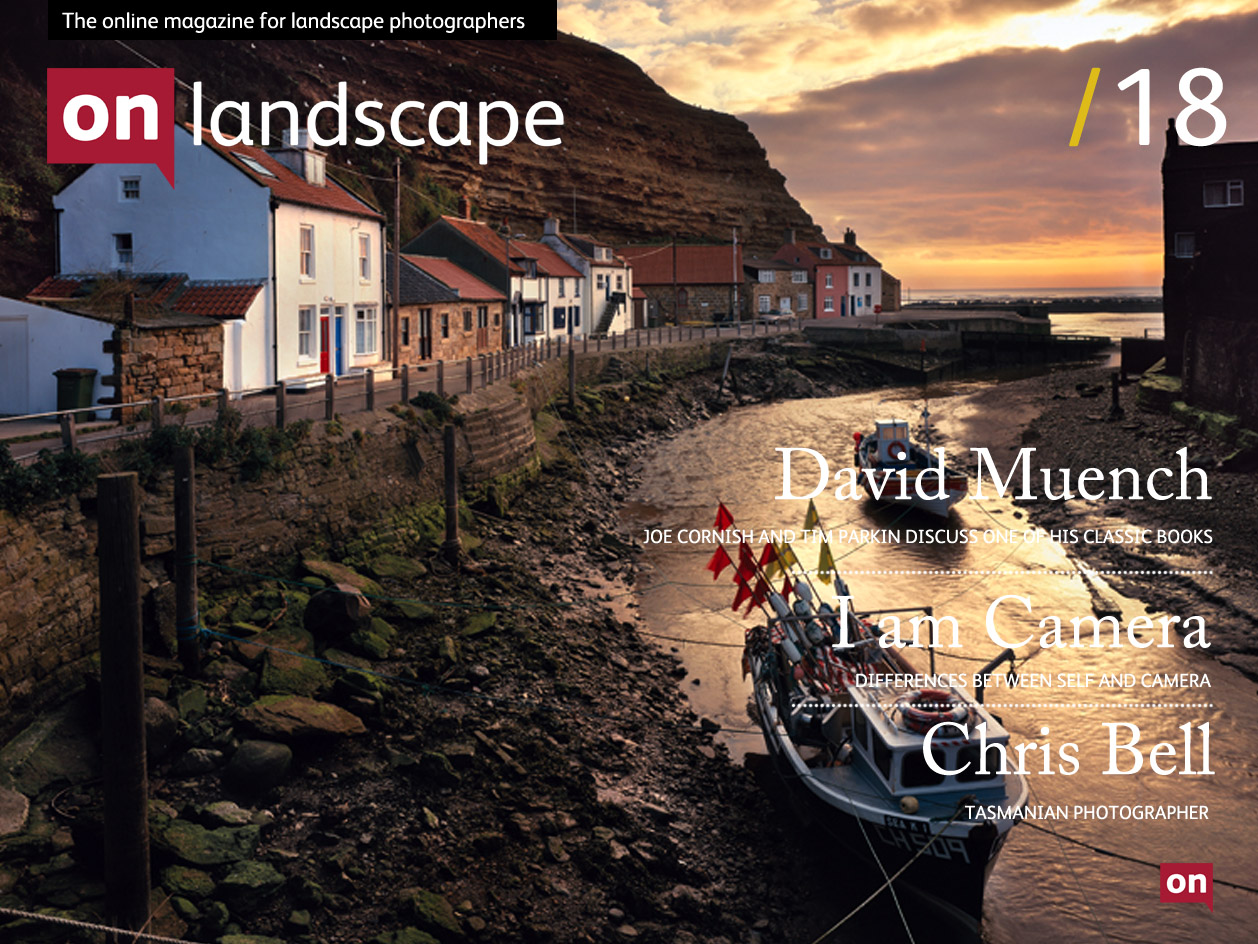 You’ll have to go back to August 2011 and Issue 20 to find Tim’s original Featured Photographer interview with David Baker. This pre-dates both Sea Fever and Ridge Trees, although David’s fascination with the coast was already evident. more →

This issue we're talking to Michela Griffith, a photographer who lives near Buxton and whose landscape work I originally saw in the 'Developing Vision and Style' books and whose site I saw quite recently whilst investigating women in landscape photographer (a question I raise with Michela and one we'll no doubt return to. In most photographers lives there are ‘epiphanic’ moments where things become clear, or new directions are formed. more →

And we have a winner for our 'win a full frame camera' competition. We had 20 entries and picked out David Langan as a winner. David Recommended a flickr photography by the tag of 'Hogne'. We'll be contacting him in the next few issues. David wins an Olympus OM1 combined with two lenses, a 50mm f/1.8 and a 28mm f/3.5 and a bunch of film (neg and slide) and a few drum scans. David will be writing something about his more →

Tasmania, Primal Places Now this book is something else. Joe showed me this a couple of years ago and I was immediately taken. The reproduction and paper quality is superb and the pictures, oh my! I've included a few extracts below but all I can say is "buy this book". The narrative is also very strong, short exracts of a life in the wilderness. Don't expect any mention of photography, this is all about the wild and all the better more →

We've been wanting to feature Chris Bell for some time. He's a favourite photographer of both myself and Joe Cornish (Joe showed me his book Primal Places some time ago). It's also become a favourite of most people who I've shown the books to. Chris continues the environmental and artistic work of Olegas Truchanas and Peter Dombrovskis. His work has it's own look though, one which makes the most of this amazing island. more →

In actual fact, I am not, and therein lies the theme of this article. As human beings we all have command and control of a computer that far exceeds in sophistication and integration anything built by NASA, and yes, that is our brain. (If only it felt that way when I reach my afternoon 'dip' around 16.13 each day!). A great deal of the brain's performance is devoted to vision. more →

David Muench is one of the first great colour landscape photographers. With a huge back catalogue of publications, he has influenced a generation of photographers and has created many of the places Americans now call icons. Tim Parkin and Joe Cornish go through the book "Nature's America" discussing its influence on Joe and the assets of the photographic skills shown inside. We hope you enjoy it (apologies for the video quality - hopefully it's good enough for the purpose.) Part more →