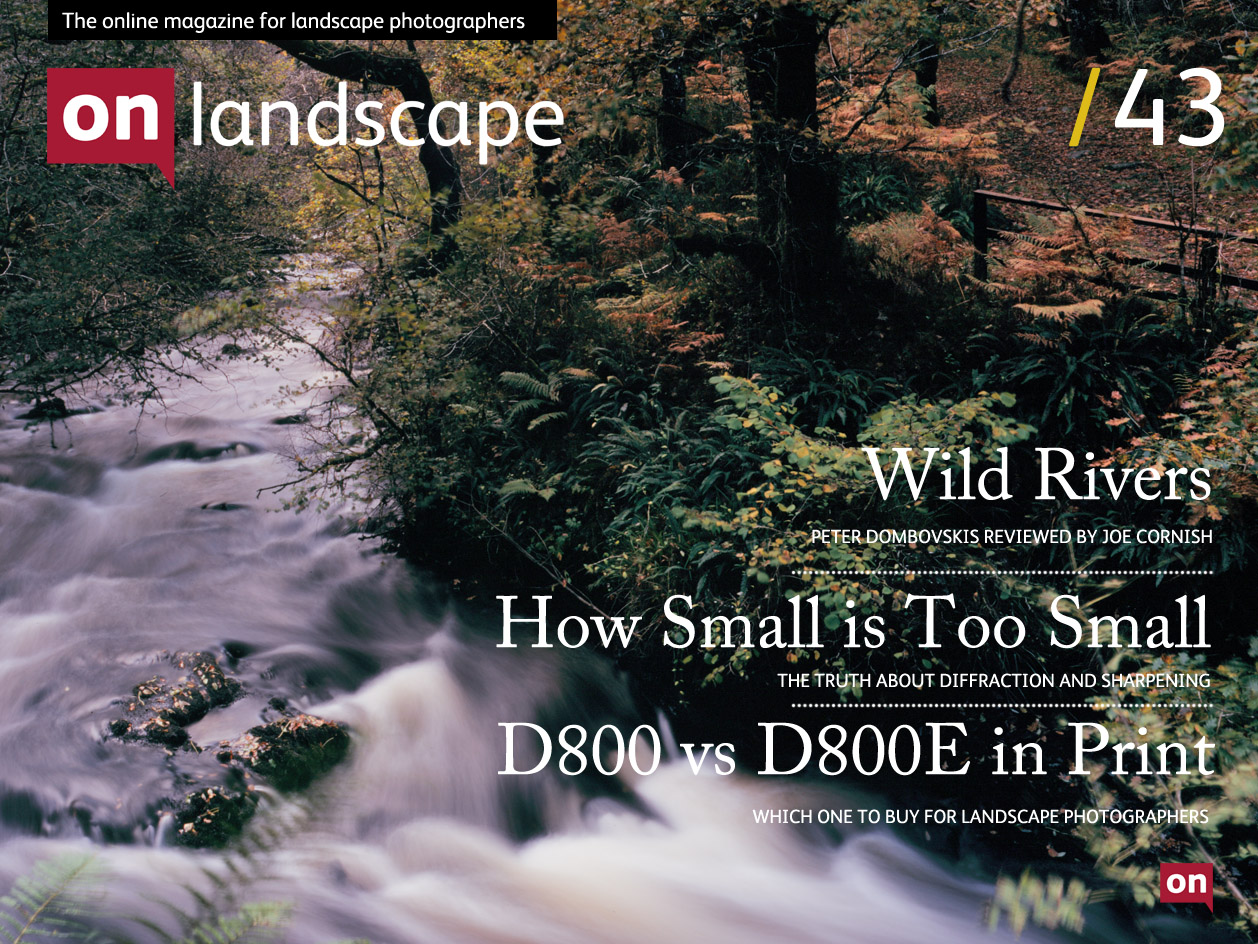 Which one is best?

How small is too small?

Going with the Flow

One of Joe Cornish's inspirations was and still is Tasmanian photographer Peter Dombrovkis. In this first of a series of videos Joe talks to Tim Parkin about the series of books that were published by Peter and his wife. The first book is 'Wild Rivers', the only book published during Peter's sadly too short life. https://youtu.be/fiJ7dGGFvxg Read more on Peter Dombrovskis Peter Dombrovskis Master Photographer Endframe: “Deciduous Beech In Winter, Cradle Mountain more →

There has been a lot of talk in the press recently about the new Nikon wunderkind and people have pondered on whether the D800 or the D800E should be purchased for different types of photography - the latter (E) having no ‘anti-alias’ filter which should provide a sharper image. Well Mark Banks and Joe Cornish just happen to have each of these camera versions and we thought we’d take the opportunity to run a couple of tests to see more →

I think most photographers will have come across various online resources, books, magazines and blog posts telling them that certain apertures are 'out of bounds' and that in order to get the sharpest pictures they need to use a narrow band of apertures (usually f/5.6 or f/8 for 35mm cameras). As mentioned in last issue though, a test of some lenses seen recently where smaller aperture results on the D800 resolved more than the best aperture results on a more →

Going with the Flow

From a photographer’s viewpoint, at times it’s been hard even to plan local trips when you can’t see the fields, let alone the hills, for low cloud and rain more →

Michael Marten's "Sea Change" recalls Ariel's song in Shakespeare's Tempest Full fathom five thy father lies: Of his bones are coral made: Those are pearls that were his eyes: Nothing of him that doth fade But doth suffer a sea-change Into something rich and strange. And the book is all about a transformation and of that rich and strange - the movement of the tides and the opening and closing of the tidal zone. The idea more →

Glyn Davies has been living and working photography since an early age with a family connection with the arts that runs very deep. Educated in Photography, TV and Film he has taught photography and run a professional photography business for over twenty five years. His primary passion now is the landscape and after recent successes with his first three shorter books (including getting David Cameron to put his hand more →

Landscape Photographer of the Year's loss is our gain this week where we're featuring Nigel Morton's images including a few classics that failed to get through the first round of Take a View. In most photographers lives there are 'epiphanic’ moments where things become clear, or new directions are formed. What were your two main moments and how did they change your photography? Well as with most people there have been more →