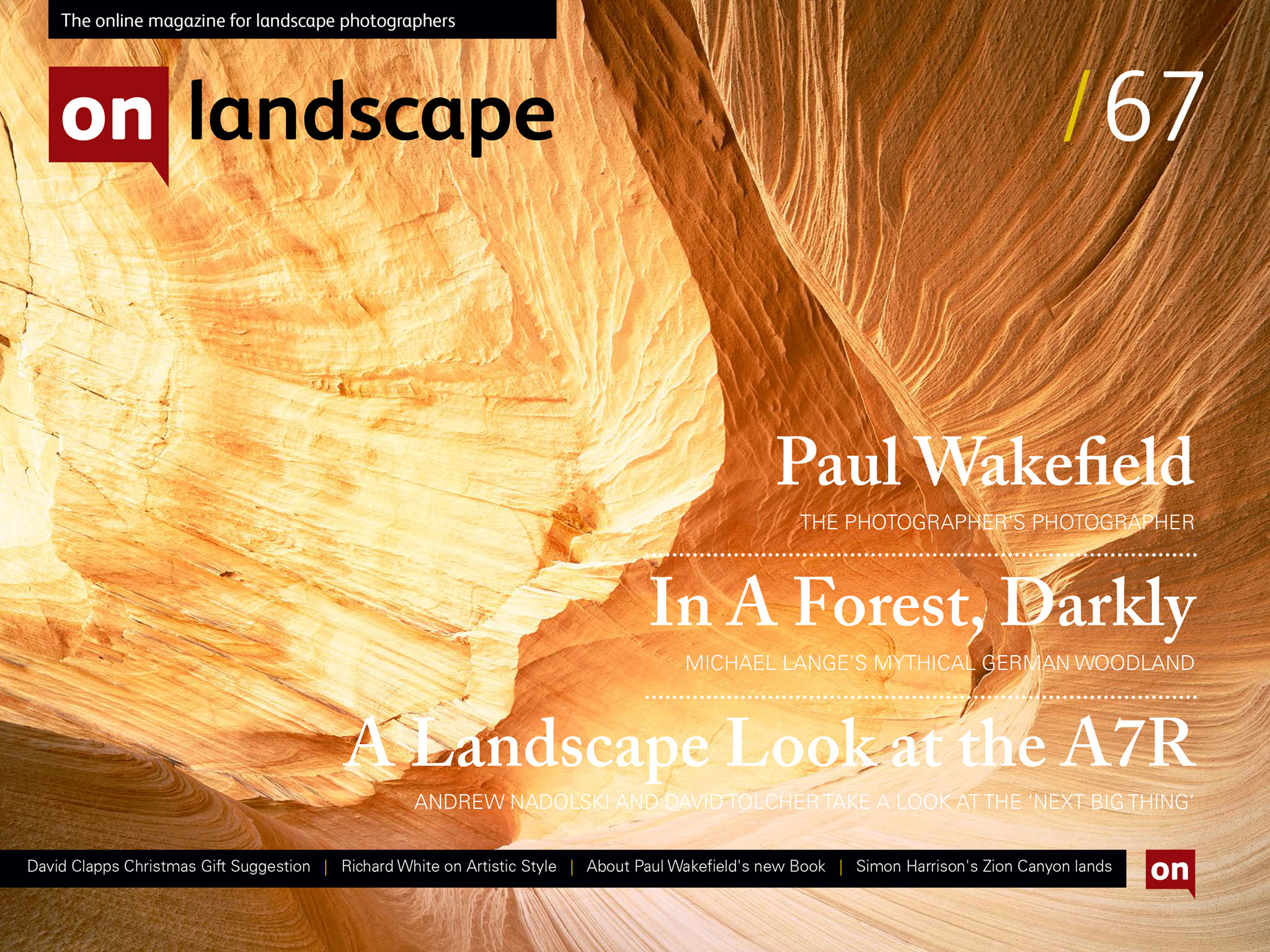 In Conversation with Paul Wakefield

A first look at the Sony A7R

The Sony A7R in use in the landscape

On Paul Wakefield and “The Landscape”

Simon visits the Colorado Plateau where he finds canyons, hoodoos and a bridge full of photographers

Stunning B & W images of the mountain bushland of Australia

The Ultimate Christmas Gift for the Landscape Photographer who has Everything!

Christmas comes but once a year but new cameras come at a rate of knots it seems. Most cameras garner a little interest from the landscape photographer before they return to the Canikon 5D800 and continue producing work. However, now and again a camera comes by that has people thinking they could possibly upgrade or at least add another prize to their camera shelf. The D800 is a great example and possibly the more compact cameras like the X-Pro and Nex series. Sony’s A7R must win the prize for the most interesting camera of the year though with a new full frame camera that returns to old school SLR camera sizes - not far away from the old Olympus OM1 or Pentax ME Super. Although we don’t do many camera reviews, we do make exceptions when we think there is something that will be of great interest and as such we have two reviews of the Sony A7R from our regular team, Andrew Nadolski and David Tolcher. They’ve been using the cameras regularly since it was first available in the country.

We also have an exclusive interview with one of UK landscape photography’s first colour practitioners. Working from the late 70s, Paul Wakefield produced four books of landscape photography in association with writer Jan Morris and in the process influenced more well known photographers such as Joe Cornish, David Ward and Charlie Waite. He has never really been a self promoter and his landscape work is essentially personal but with the release of a new book in February came an opportunity for an in depth interview and we spent a day in his company at his Brixton home.

We have also been spending time in the company of German photographer Michael Lange - the Prince of Darkness (if you wanted to pull a Daily Mirroresque sub header). Michael published a book of forest photography, Wald, which has had great success in Germany and we had a chance to chat with Michael on a couple of occasions to ask about his approach and future projects.

Also in this issue we have an article on the ultimate landscape photography accessory from David Clapp (you’ll be surprised), a look at Zion Canyon from Simon Harrison and an article on artistic style from Australian contributor Richard White.

So have a great christmas and I hope you have a chance to capture some seasonal images.

You can download the PDF by following the link below. The PDF can be viewed using Adobe Acrobat or by using an application such as Goodreader for the iPad. Click here to download issue 67 more →

In Conversation with Paul Wakefield

Some of you may not have heard of Paul Wakefield - he isn't famous for leading workshops, he doesn't write for popular photographic magazines and his last published book was in the 1980s. more →

Sony A7R – Short Term Field Review Image taken at Ravenscar with Leica 50mm summicron. Like all of us who shoot colour 5x4 it has become very likely that film or processing will disappear over the next few years or become prohibitively expensive. I have been looking at the options since the D800 and although many of my friends have moved in this direction I didn’t get on with the more →

Not since the details first leaked of the Nikon D800 has there been a camera that has generated this much pre-release ‘web’ debate, speculation and hyperbole. Expectations from the diminutive Sony A7R (and A7) are high, possibly too high. Would it be a ‘Leica killer’, could it establish Sony as a contender to join the ‘top table’ of manufacturers and sit alongside Canon and Nikon? The simple answers are (a) unlikely and (b) possibly. With some commentators whipping themselves into more →

On Paul Wakefield and “The Landscape”

While he continues to be recognised as one of the great photographers of his generation in the relatively narrow field where he makes his living, for far too long Paul Wakefield’s images have been outside of the mainstream. more →

On the outer fringes of Zion canyon, in one of America’s most spectacular National Parks, I was out for a stroll. There was a quiet chill in the evening air; a reminder of the approaching winter. As I walked along the path my right ear filled with the sound of running water: the Virgin River, flowing in parallel close by, noisily chattering over rocks and roots out of sight behind the scrub. On my left a field of soft more →

Tap into your senses and let them come to the fore when you are out on the hill or wherever you are making pictures, and don’t be defeated if you have a bad day, for they come with the territory. more →

I used to think that the ultimate photographic accessory was a top of the range, ebony black Land Rover Defender like my good friend Justin’s, but after my recent excursions in Cappadocia, I have to inform you my choice has now changed. One of the brilliant experiences I had when photographing an often complicated landscape was the chance to shoot a different style of landscapes altogether – to shoot the earth from the air. On the second day, I took more →