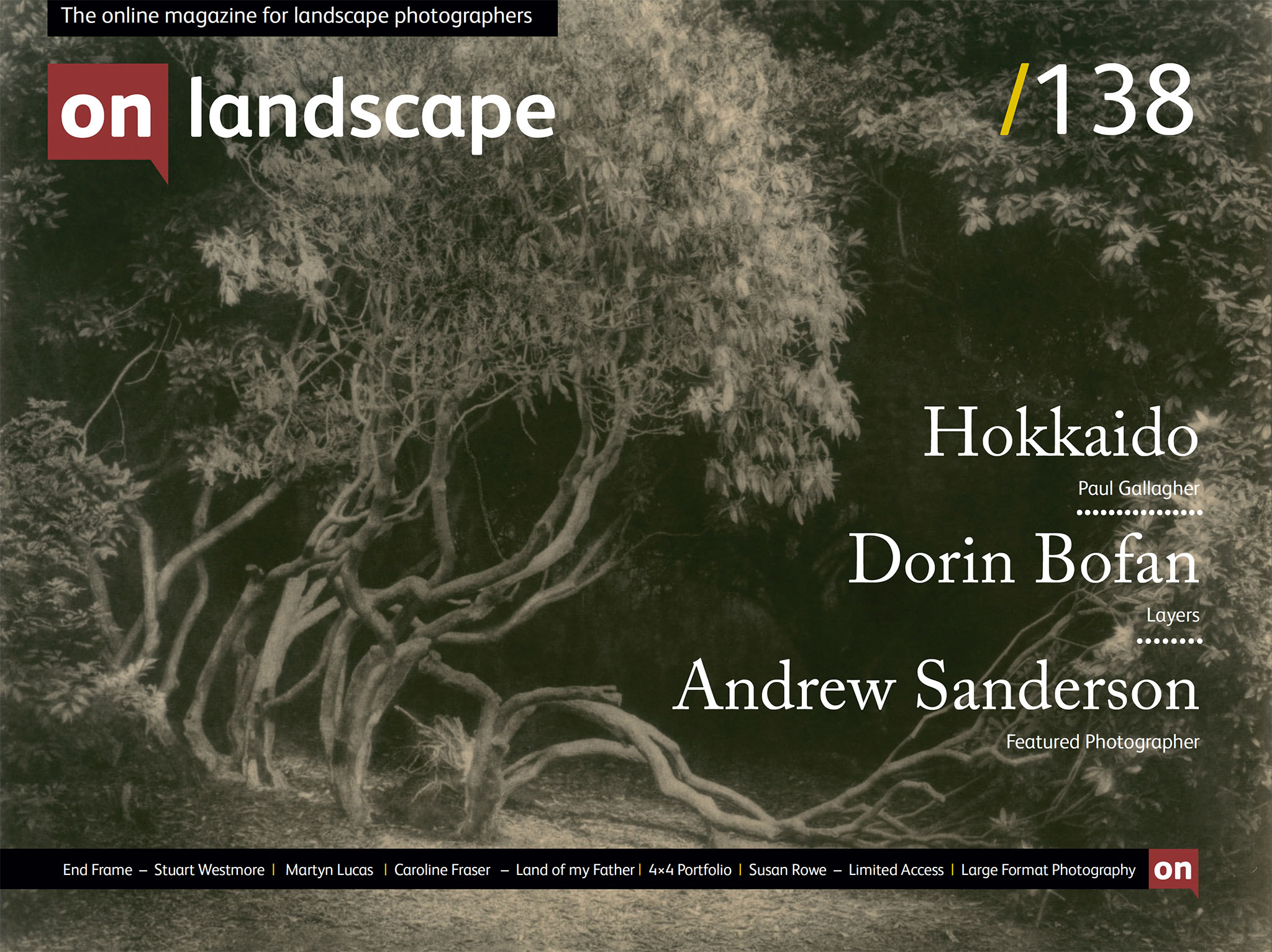 An Introduction to Large Format Photography

The Advantages and Disadvantages

Stuart Westmore chooses one of his favourite images

Land of my Father

A Book is Born

Alongside On Landscape, one of my other business is the scanning of film for artists, museums, publishers, etc. We’re the only dedicated drum scanning company in the UK and we get film sent to us from all over, China to Brazil, Sweden to New Zealand. We’ve noticed in the last year an increasing interest in large format film and along with the increase in new large format cameras being produced (Chamonix, Intrepid, Gibellini, etc.), we’re fairly sure that the use of large format is growing again. To celebrate the fact, myself and Richard Childs have put together a workshop and a series of articles introducing large format, explaining the reasons behind it, the equipment and skills involved and why it’s still relevant today despite all of its challenges.

We’ve noticed in the last year an increasing interest in large format film and along with the increase in new large format cameras being produced (Chamonix, Intrepid, Gibellini, etc.), we’re fairly sure that the use of large format is growing again. more →

An Introduction to Large Format Photography

A look at some of the most prominent photographers in the world reveals a significant minority still use film and many of those also prefer to capture their compositions using said unwieldy contraptions. more →

Is it idealistic to believe a photograph can change the world? Perhaps. But if it can happen, then it would a photo like this: an arresting image of an epic monolith in a primal setting. I suspect it somehow connects with the ancient parts of our brains. more →

Landscape photography and being disabled may not appear to be obvious companions, especially as I only took up photography in 2008 when it became impossible for me to walk any distance due to severe osteoarthritis. more →

Andrew is a photographer and tutor with over 20 years’ experience and an Ilford Photo Master Printer. more →

Land of my Father

Months go by in a doldrum state where nothing feels right and I am uninspired by what I make, and then, little by little, things turn around and something emerges from the mayhem. more →

I have been fortunate to photograph many landscapes in a variety of different countries throughout the world but the photographs I had seen of Japan always seemed to have a difference that was difficult to categorise. more →

I often think of images as parts put together in a visually interesting manner. When the parts come together eloquently, they create meaning and message. more →

The cypress trees of the Atchafalaya in Southwest Louisiana are the major stars in a scene about as different as I could have chosen to photograph next, but every bit as elegant, and as humbling. more →