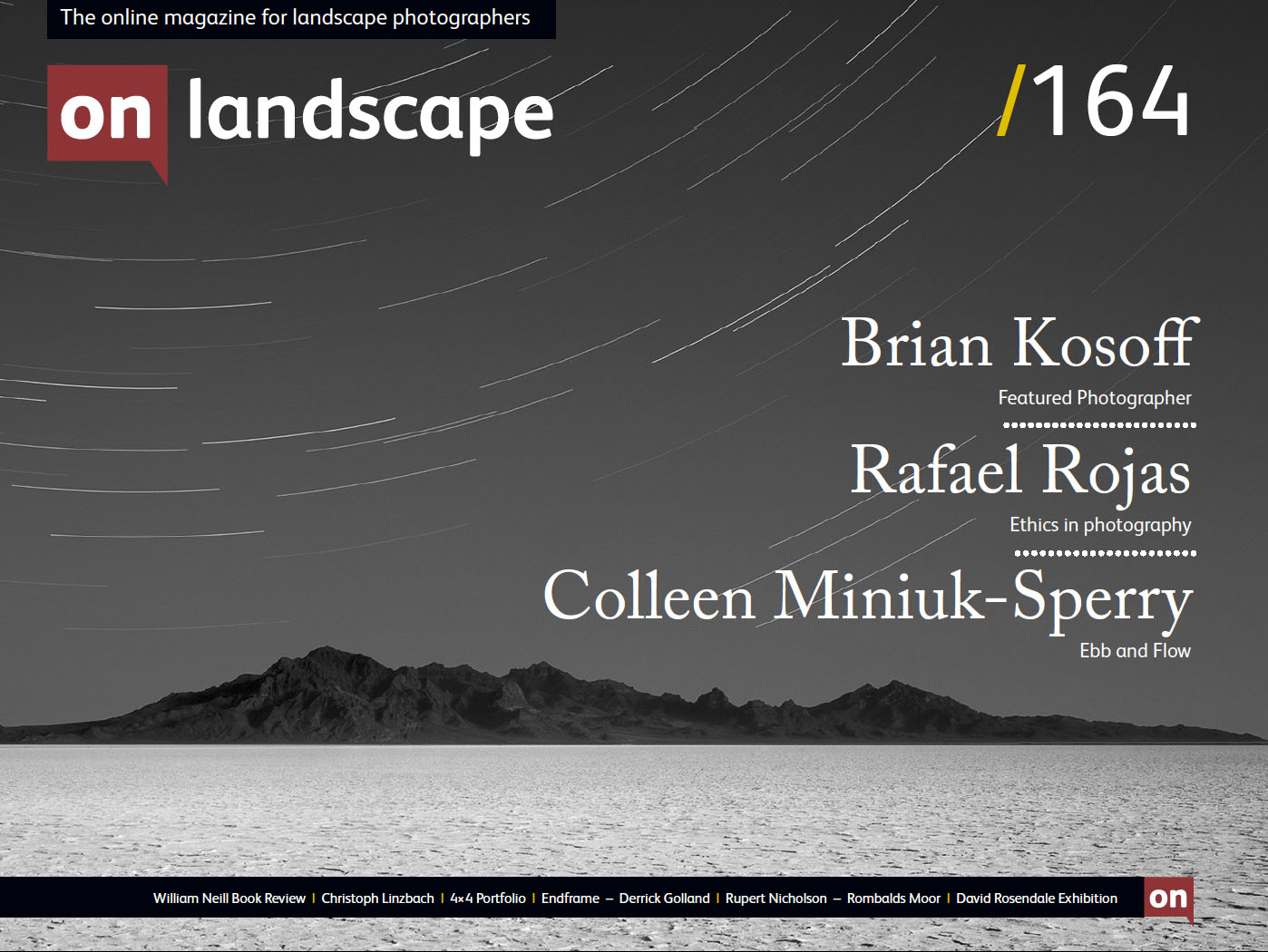 Derrick Golland chooses one of his favourite images

Trust between photographer, subject and audience

Experiences of photographing a metropolis from a helicopter

Riding the Waves of Creative Energy

If you’re a long-term subscriber, you may have noticed that we’re generally not a magazine for testing things on a regular basis. However, when we do test things we tend to try to do a comprehensive job of it.

That’s why, over the last 9 months, we’ve been accumulating a collection of graduated filters, system holders and polarisers in order to do a massive review and test of these systems. Some people may say why bother? Cameras have a huge dynamic range now, but many people still see a benefit in getting the best in-camera result and, of course, there are still no replacements for polarisers in Photoshop!

We have a test plan already which involves testing features like grad thickness, colour fidelity, vignetting, transition, water shedding, scratch resistance, etc but if you have any ideas of what we should be testing we’d love to know! Please send any ideas to submissions@onlandscape.co.uk.

We’re also revealing the schedule for our conference this week and launching day tickets so if you’re interested, please keep an eye out. We’re not sold out yet but the tickets have been selling fast!

Over the last 9 months, we’ve been accumulating a collection of graduated filters, system holders and polarisers in order to do a massive review and test of these systems. Some people may say why bother? more →

William Neill is no stranger to On Landscape, most notably because he runs his own On Landscape column for Outdoor Photographer, but also as we’ve reviewed a few of his e-books previously. more →

Tim Parkin rarely makes an image in black and white and does not normally include people. His photograph ‘School's Out’ is, therefore, a break in his usual style. more →

David Rosendale’s latest exhibition at The Fox Gallery is a breathtaking look at what’s beyond the built environments of Falls Creek. more →

The thorny issue of ethics and moral responsibilities in documentary photography, particularly in the case of photojournalism has been discussed many times. more →

Experiences of photographing a metropolis from a helicopter

“Doors-Off" flights offer the passenger an almost 180-degree view to the side of his or her seat and the chance to point their lens almost vertically downwards. more →

In contrast to the many landscape photographers who go to great lengths to exclude obvious signs of man from their images, Brian embraces these and imbues them with an elegance that defies their often humble origin more →

Rombalds Moor, better known as Ilkley Moor, due to its position South of the town, became a project after daily walking on this wild moorland. more →

In October 2017, my relationship with landscape photography suddenly changed as if someone flipped a light switch. By not giving up on, but rather giving into the process, I found flow in my life (and photography) again. more →