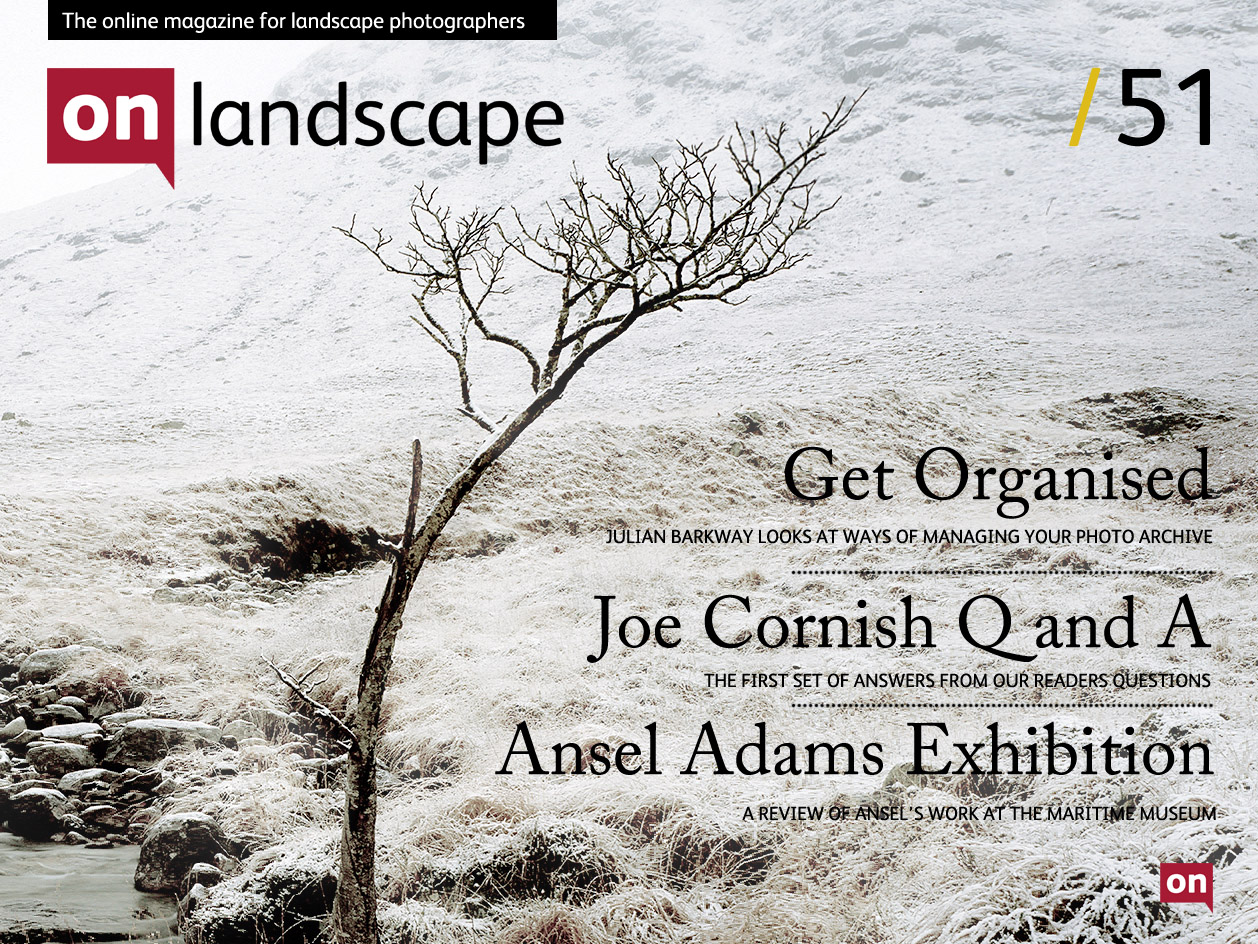 or 'what I did in the christmas holidays'

About Taking on a Joint Book Project

A guide to structuring your image archive

What Makes a Good/Bad Photography Judge

At the Maritime Museum, Greenwich

The Duchess of Cambridge

2013 already - how did that happen? Well I consulted an expert and they said something about Kepler and then "nuisance phone calls" at which point I gave up. Anyway! Photography! What a January it is here in the UK we've got all sorts of weather going on - mostly rain to be honest but all sorts of rain!

But we've got some good content for you from Joe Cornish answering your questions to Julian Barkway helping you organise your life (well .. ok, just your photos).

So whilst your preparing for a cold spell (or basking in the midday sun for our Antipodean colleagues) sit down and read/listen to our latest..

In this new regular post, Tim Parkin - our editor - will write about his own photography and things that are happening in the making of the magazine or his own wanderings with a camera. It seems quite a meme in recent years to draw on Ansel Adam's "Twelve significant photographs in one year is a good crop" and produce your own 'best of 20xx' and so I thought I'd take an alt and I've spent a good while trying more →

I bought two digital cameras in 2012, a Nikon D800 and a Sony RX100. Both cameras are class-leading and ground-breaking in upping the pixel count for their respective formats. With the D800, Nikon leapfrogged a logically preceding 24mp model and caught everyone by surprise - the competition most definitely included! In all aspects other than resolution the D800 was evolutionary rather than revolutionary, building on the popular D700. Sony more →

You can download the PDF by following the link below. The PDF can be viewed using Adobe Acrobot or by using an application such as Goodreader for the iPad. We'll write about various ways of viewing the PDF on tablets or PCs/Macs in the next issue Click here to download issue 51 more →

Paul Mitchell and a few other Photographer's have put together a book called "The Coast" about the English coastline and when we visited at Burnham Beeches we interviewed him about it. We were surrounded by lots of barking dogs and screaming kids so it might jump subject now and then... :-) So what is the book Paul? The book is a collection of images taken on the coast hence the title “The Coast”. We wanted to keep it pretty much to more →

This issue we're featuring a photographer local to both myself and Joe - Nigel Clarke also went on a one to one workshop with me to discover the pleasure and pain of large format photography. Since then he's been delving into platinum palladium too, to great effect. Can you tell me a little about your education, childhood passions, early exposure to photography and vocation? Much of my education has been more →

A common problem that people encounter once they have been using their digital cameras for any length of time is how best to store and organise the sheer number of images they are producing. After a while, the sort of structure that grows organically with the enthusiasm for photography becomes difficult to handle. What seemed logical to begin with quickly starts to get confusing and can cause more problems than it solves. Fortunately there are some simple guiding principles you more →

We were chatting with Stephen Byard who judges in clubs in the North of England and into Southern Scotland and were interested in what he thought judging was about to give us an inside track. Here was his response..  In the aftermath of the furore of the 2012 Landscape Photographer of the Year, with other landscape photographers posting me their thoughts and questions on the winner, and the, er, second winner, an interesting one ticker-taped its way into my day from more →

Although David Ward has already reviewed the Michael Kenna exhibition in terms of Kenna as a photographer and his pictures, I thought it would be good to add an overview of the exhibition itself and my own reaction to it. My experience of Michael Kenna up until this point has been through browsing his website a few times, a first glance at his retrospective that I bought a more →

It was about four years ago when we had the chance to see the Ansel Adams exhibition, “Celebration of a Genius” which was hosted by Edinburgh and Wolverhampton. The images included in this exhibition were a cross section of his life’s work from the George Eastman House, Rochester and showed a good profile of the types of work Ansel was famous for and some more personal work such as portraits etc. Later the same year there was an exhibition more →