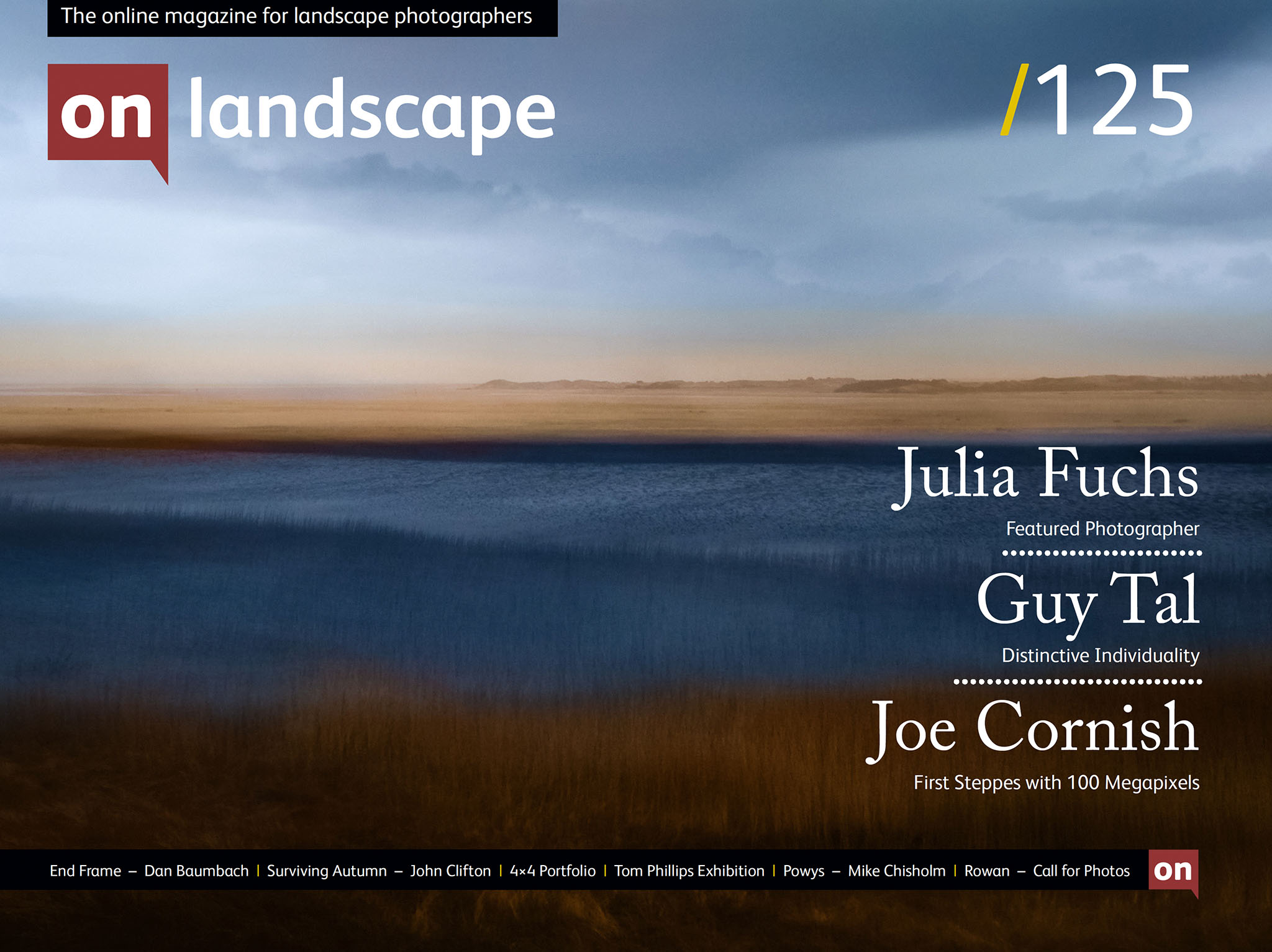 Dan Baumbach talks about one of his favourite images

See Your Photo in our Next Issue

The Art of Differentiation

A Stranger Comes To Town

With Phase One in Mongolia

Getting the Right Kit

A couple of weeks ago I was very lucky to attend the Wildlife Photographer of the Year awards and was, again, incredibly impressed with the calibre of photographers and photographs on display. It reminded me again that persistence in a narrow field or genre and working long and hard on a particular idea can lead to incredible results. Yes, there were the occasional ‘lucky captures’, but the vast majority of the winners were from photographers who have been working towards a particular goal for a long time. What is interesting is that this persistence often expresses itself in creations outside of the scope of the work they are after though. Returning again and again to a particular location to observe a particular subject inevitably leads to an in-depth knowledge of the ecosystem around that subject and lets you react to ‘unusual’ occurrences while you are engaged in your project.

This, for me, reaffirmed the ideas behind the ‘Helsinki Bus Station Theory’ whereby just “staying on the bus!” not only takes you to your destination but open up other rarely travelled destinations while you travel. Taking a journey like this is as much about what you choose not to photograph as what you choose to photograph, and it’s a lesson I’ll be taking to heart.

Guy’s article in this edition is discussing very similar issues and it is a recurring subject for many artists but one that isn’t talked about nearly as often by photographers. If you’d like to discuss topics like these with other like-minded photographers and get inspiration from a range of international speakers, try and join us at the On Landscape photography conference in the Lake District next month! We’ve got a final 15% discount on all tickets if you use the code “INSPIREME”.

A couple of weeks ago I was very lucky to attend the Wildlife Photographer of the Year awards and was, again, incredibly impressed with the calibre of photographers and photographs on display. more →

About 15 years ago I happened to pass by a photography gallery in Oakhurst California and decided to drop in. Oakhurst is about 1/2 hour from the Mariposa gate of Yosemite National Park and there were many very large photographs of the park on display. more →

What we want you to do is submit your pictures of Rowan trees, whether they are UK based or not, and this time we’ll be picking a range of pictures that show the diversity of the tree and its habitats. more →

We are today at a point where much that used to be impressive about the art of photography in the past no longer is, at least not to the degree that it used to be. more →

“Watching The River Flow” and subtitled “The Medway and its Moods” is my second exhibition. The river is the focal point of the exhibition, but very often it’s been the sky that has given an image its mood and character. more →

There’s a sense of energy to her images, which mix intentional camera movement and multiple exposure. They’re often based around fairly simple landscapes but usually feature some gilded light or texture that lifts them beyond simply being blurry. more →

A Stranger Comes To Town

It may have been Tolstoy, once claimed that there are really only two stories: "A Person Goes On A Journey", and "A Stranger Comes To Town". more →

From time to time I reckon all my good luck cards are used up…but then another one comes along. Earlier this year, Drew Altdoerffer from Phase One, with whom I have worked before on Skye and in the Antarctic, emailed. more →

It can seem like Autumn at any time of the year when you are in the Lake District - such is the famed changeability of the weather. Being prepared for all possibilities is always going to be a challenge, but a key priority for me is protection from the rain - both from myself and my photographic gear. more →