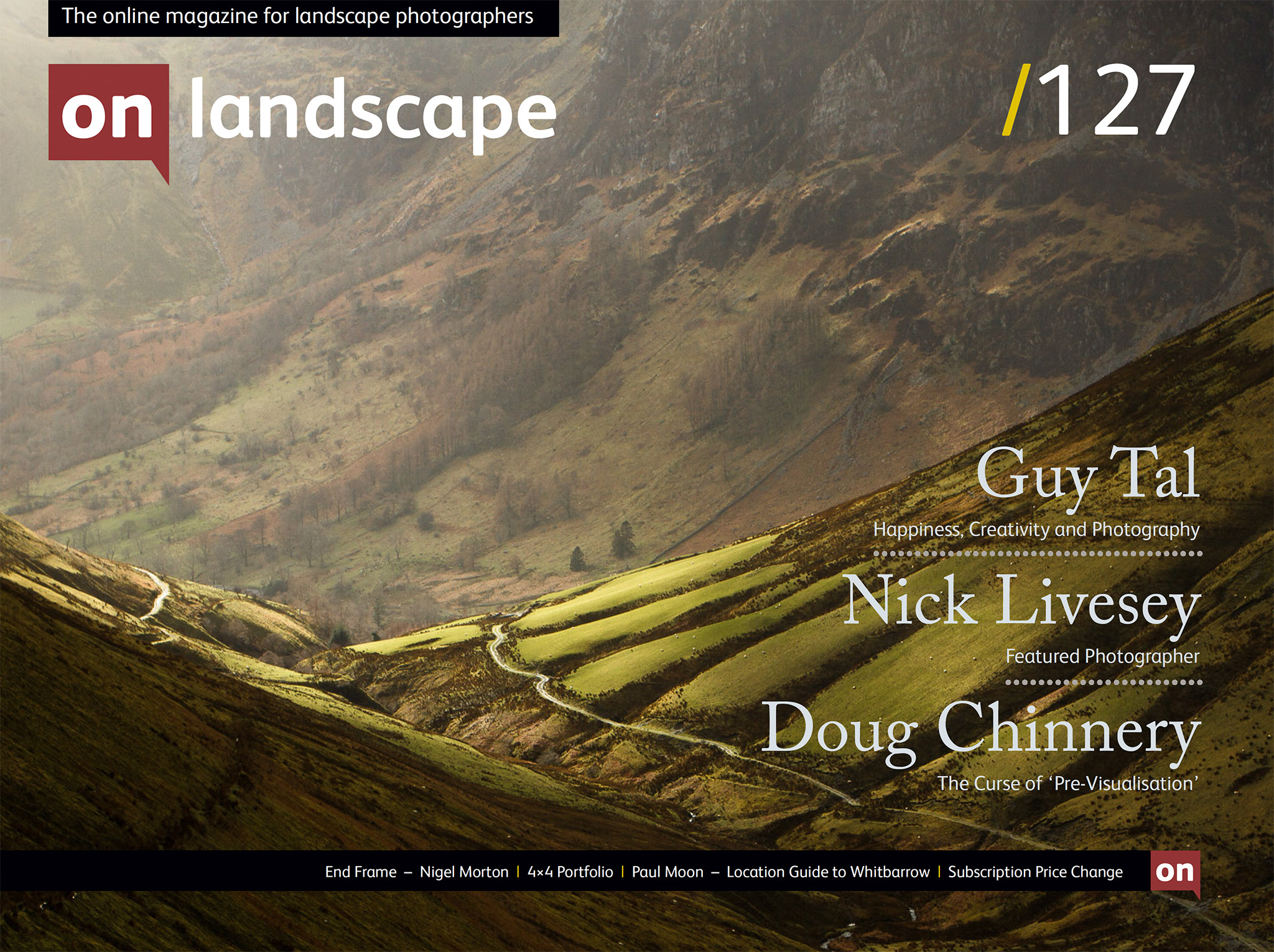 Nigel Morton talks about one of his favourite images

... and the Merits of an Open Mind

It may be two years until the next conference, but I’m sitting here in the midst of a move to Scotland and pondering on who we should approach as speakers. Many of my favourite photographers have excluded themselves from our short list by dint of being dead (Josef Sudek, Eliot Porter, Peter Dombrovskis, Bill Brandt). Many other photographers who have excellent and inspiring work don’t make the best speakers (not giving names). We have a short list of a few photographers that we would like to see already but, again, I’d like to open the decision-making up to some of our readers. If you’ve seen an inspiring talk by a landscape photographer, from anywhere in the world, please let us know, and we’ll add it to our list of choices.

In the meantime, we’ve already visited On Landscape’s new base and are very pleased that we can get five times faster internet over our mobile phones than we currently have through BT’s physical network and we’ve been told we should get access to Fibre broadband as soon as we’re in. After spending five minutes loading a single page on Flickr this week (which I’m presuming isn’t normal Flickr load times) we are all itching to finish moving as fast as possible!

It may be two years until the next conference, but I’m sitting here in the midst of a move to Scotland and pondering on who we should approach as speakers. more →

Over the last years we’ve tried to keep upping our game a little; introducing new writers and commissioning interviews and articles from some known (and lesser known but equally talented) artists and writers. more →

John Blakemore was one of our speakers at the the Meeting of Minds Conference in November 2016. In this interview with Joe Wright, John talks about his photography, creativity and projects. John's work was exhibited alongside a group of other photographers through the Inside the Outside collective at the Photo Parlour, Nottingham. SEDUCED BY LIGHT | John Blakemore, an interview by Joseph Wright This interview transcript was first published by the Inside the Outside collective on more →

Three years after the publication of Dav’s book With Trees, it’s still my go-to option when I have half an hour’s browsing time more →

I found some consolation in the knowledge that some well respected artists and thinkers also did not consider happiness as particularly important. more →

It wouldn’t be an exaggeration to say that spending time in the mountains whether walking, climbing or taking photographs is my life. It’s been that way for the last 15 years and aside from family and friends they are my greatest source of joy, solace and inspiration. more →

Have you felt it? That feeling of being of being in the right place… at the wrong time? Arriving for a much anticipated session making images at long dreamed of location only to realise that the elements have conspired against you (again) and the hoped for conditions are not to be? more →