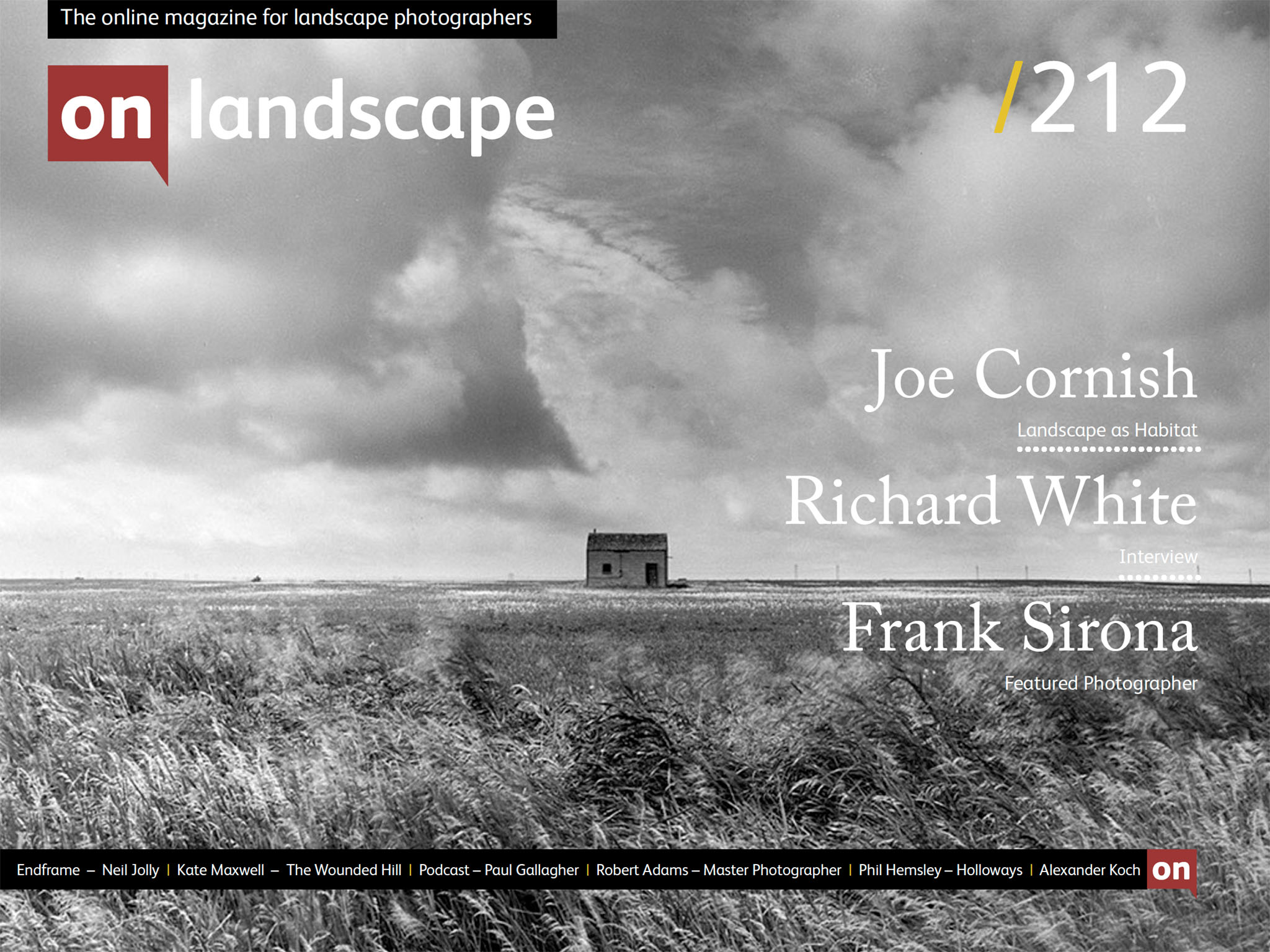 Photographing a Home in the Wild

Neil Jolly chooses one of his favourite images

A Last Interview with Richard White

Photos from a Tour around Scotland

With the repercussions of the Covid19 pandemic still echoing around the world, it seems that many things are changing permanently. Fortunately, the restrictions are substantially less than the full lockdown during the peak of the pandemic but we are still having to adapt some of our working practices to the new normal. Fortunately, the new normal comes with some advantages.

For example, in this issue we have ‘virtualised’ our Passing Through podcasts so that we could chat with Paul Gallagher about some of his work since we last talked to him and in a future issue we’re also talking with Paul and Michael Pilkington about their Infra-Red ebook. It helps that our photographic friends are (mostly) an IT-savvy bunch and so managing these virtual encounters aren’t as painful as organising the older members of your family into a Zoom pub quiz! We might have to resign ourselves to a few self-confessed Luddites not being included in these virtual encounters though (e.g. Thomas Joshua Cooper would be a particular challenge as he uses neither computers, digital cameras or mobile phones).

We are also carrying on with our Lockdown Podcasts with David Ward and Joe Cornish so if you have any subjects or questions you’d like to suggest, we’d love to hear from you. Wherever you are, we hope the situation isn’t affecting you too badly and hope you can find some way to get out and enjoy the solace of being in the landscape soon.

I have wanted to write an article about Robert Adams for some time. Not because I know a lot about him. On the contrary, it is because I know so little about him that I wanted an excuse to find out more. more →

It would be difficult to argue with the proposition that all landscape is habitat. Across the world, animals thrive and make their homes in every niche of the ecosystem. With wildlife film-making being the widely disseminated art form that it is, everyone is aware of the sheer variety and peculiarity of the natural world, evolved through time and adaptation. more →

There have been many favourite influential images for me over the years. One I remain enamoured with, as much today as the first moment I saw it, is Metamorphosis by Alister Benn. more →

Being as the lockdown has put a bit of a dampener on the concept of Passing Through, we've decided to go virtual and have a remote chat with Paul Gallagher about what he has been up to since we spoke to him last. more →

Ensconced by high earthen walls and a canopy of trees for a roof, I wander through the ancient sunken holloways of Devon. These are powerful portals into deep time, where the echoes of the old world seem palpable. more →

All the limitations I´ve mentioned render photography a much more conscious process and that, of course, has an impact on the results you´ll bring home. more →

A Last Interview with Richard White

The interview below is the final transcription of that dialogue with Richard. It's taken us a few months to be able to process this interview, as we recognise what it represents. more →

Titterstone Clee Hill is an iconic and much-loved feature of South Shropshire, looming above the medieval market town of Ludlow. more →